No Result
View All Result
Latest News
Character artist fuss showing secret mole .. Netizens who look like her and get excited! 21/06/2021
Moscow authorities have announced the start date of the study of “Sputnik V” for adolescents 21/06/2021
International Yoga Day: Yoga Training by the President 21/06/2021
The third “Ball of Physicians” was held on June 20 in the atrium hall of the MAMT 21/06/2021
Karthika Deepam June 21 Episode: Karthik has made another decision .. Pulistop for that fuss! For wife and children .. 21/06/2021
Next
Prev
Home Sports 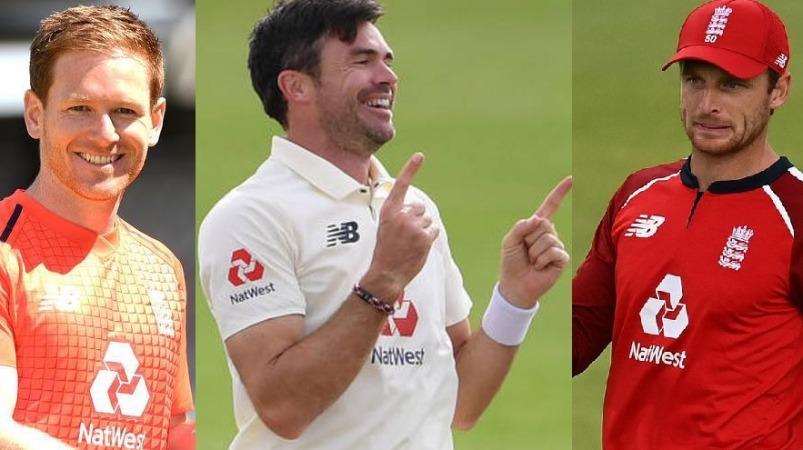 
Following in the footsteps of Robinson, old tweets from England cricket team Wine Morgan, Jazz Butler and James Anderson are currently under criticism.

Robbinson, who is currently part of the England Test cricket team, finished his first Test match on Sunday. He also took 7 wickets in the match against New Zealand.

In this situation, almost 7-8 years ago, during his teenage years, a controversy arose over tweets he had posted teasing people from all walks of life, including blacks, Asians, Muslims and women.

The England Cricket Board banned him from all cricket matches altogether, citing racism and gender discrimination found in his tweets. Although Robinson has apologized, he has accepted the sentence.

Like Robinson, Anderson has been criticized for tweeting about his teammate Stuart Broad. Now this tweet has been deleted. Anderson said the team has been feeling the pressure of the issue for the past week and that little by little everyone will realize this and walk away.

Anderson added, “It’s something that happened 10-11 years ago. Now I’ll changed. That’s the problem. Things will change, we will make mistakes. We need to look at old tweets like this and learn what mistakes we made in it. Has spoken.

Also, the England Cricket Board seems to be investigating a few more tweets, such as the old tweet sent by Jazz Butler to Alex Hales, Morgan’s Twitter conversation with McCullum.

Warning before the police.! The death of a young man .. What happened in those ten minutes?

The wait is over; Vaccine holders allowed to travel to Kuwait

Putin congratulated Jews on the Day of Salvation and Liberation

Rang De Day 1 Collections: How much money did Nitin-Kirti Suresh Igo get ..!