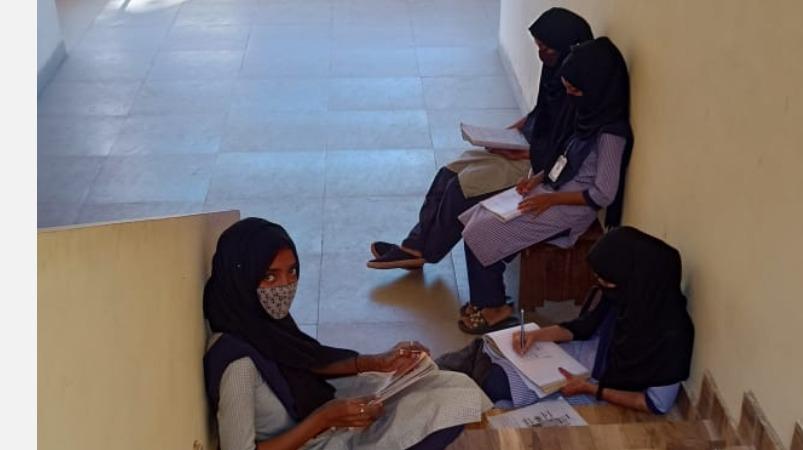 In a college in Udupi district in Karnataka Hijab The fact that 6 students were not allowed into the class due to wearing has caused controversy.

The controversy took place at a government college in Udupi district. Unusual in their college uniform Students Hijab The college side has been told that wearing is not acceptable.

However, 6 students are involved in the struggle against the decision of the college. This is theirs Religious freedom That is, their fundamental right Students Stated on the side.

“We are only asking for our fundamental right”, Muslim students barred by Udupi government college from entering classrooms for wearing a hijab say.

The college administration recently held a consultation meeting attended by the parents of more than 1,000 students of the college. The meeting was chaired by Udupi MLA and College Principal Raghupathi Bhatt.

Speaking at the end of the meeting, College Principal Raghupathi Bhatt said, “The uniform followed in the college is common to all. This uniform is suitable for all students from different communities. This is clarified at the time of student admission. Do not bring religion into college affairs.

Most parents of more than 1,000 students from different parts of the state did not oppose the college uniform. Therefore, Hijab There is no room for talk of accepting the demands of six students to be allowed to wear. If their parents do not accept the college uniform, they can enroll in another college. ”

The parents of the six students did not agree with the college’s decision. The parents of one of the students said, “Our religious practice cannot be changed. We are joining another college, ”he said in an interview.

The college also said that they have not been allowed to go to classes for the past few days because they went to college wearing hijab Muslim To discriminate against students and to prevent them from speaking Urdu Students Accused. However, the college administration has denied this.

In schools and colleges Students Hijab This is not the first time a controversy over dressing has arisen in India. The courts have also commented on the controversy.

For example AIPMT – in the exam Students Hijab A petition was filed in the Supreme Court seeking permission to wear it. The Supreme Court, which heard the petition, said, “When you sit for the exam, you Hijab Your confidence will not be lost if you do not wear it. ”