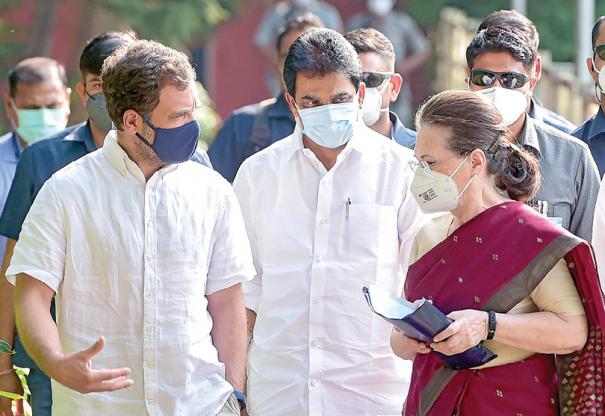 New Delhi: Congress leader Sonia Gandhi has appealed to senior leaders to give their full cooperation to revive the party.

In this context, the Congress party has already announced that a three-day conference will be held in Udaipur, Rajasthan from the 13th to the 15th. It is expected to be attended by senior leaders, MPs, MLAs and state executives, including executive committee members. The meeting is expected to discuss in detail the by-elections and how to deal with the next elections.

In this context, its executive committee meeting was held yesterday at the Congress party headquarters in Delhi. It was attended by senior leaders including party leader Sonia Gandhi and her son Rahul Gandhi.

At this meeting, aspects to be discussed at the Udaipur Conference (Sindhan Shivir) were discussed. It also seems to have consulted on the position of all the organizations of the party and the representation of the various sections.

Speaking at the meeting, Sonia Gandhi said, “Senior leaders can point out the shortcomings within the party. But, it should not be in a way that disrupts self-confidence and morale. Every effort will be made to ensure representation of all parties in the party. Separate committees have been set up to submit draft reports on the six aspects of politics, economy, social justice, farmers, youth and party affairs. The report of the committee will be discussed at the Udaipur meeting.

The senior leaders should fully co-operate with the decisions taken at the Udaipur meeting to revive the party and ensure unity. ”