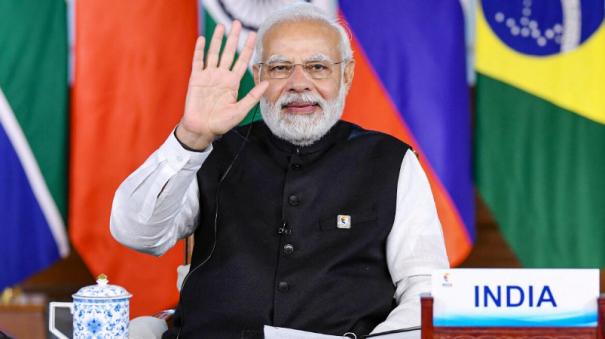 In managing the world economy, the BRICS member states follow a similar approach. The side effects of corona infection are currently declining. Yet, its impact can still be seen in the global economy. Through our mutual cooperation, we can make effective contributions to the global economic recovery effort in the aftermath of the corona Pandemic.

Collaborated on the establishment of the Corona Vaccine Research Center, as well as customs coordination activities between the BRICS countries, which helped to make the BRICS a unique international organization. It is gratifying that the number of members in the new development bank of the BRICS countries has increased.

India follows the quality mantra of reform, action and change to tackle the economic problems caused by the corona Pandemic. The performance of the Indian economy is good due to this approach. We expect 7.5 percent economic growth this year. India is a fast growing economy.

We have developed policies for innovation in the fields of aerospace, maritime economics, green hydrogen, clean energy, drones, and geo data. There are more than 70,000 start-ups in India. Of these, more than 100 companies were started with huge investment. The rules have been reduced to make it easier to do business.

India has developed a national master plan. There are $ 1.5 trillion worth of investment opportunities under the National Infrastructure Program. Digital transformation is currently taking place in India. Such a change has never happened anywhere on the world stage. The value of India’s digital economy will reach US $ 1 trillion by 2025. Thus spoke the Prime Minister.