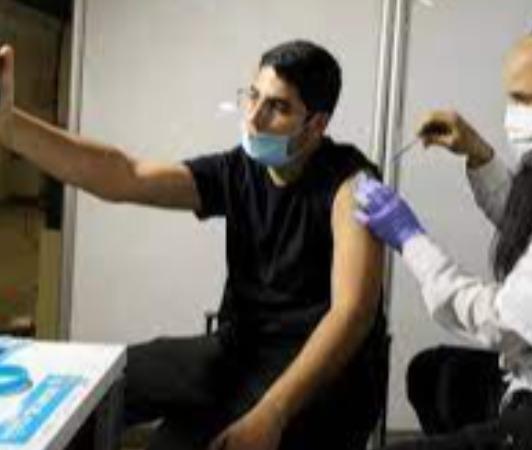 Mumbai: Govit-19 Of infection The third wave குறித்த State Bank of India The report released. The current wave is likely to last for a maximum of three more weeks, the report said.

The key features mentioned in this report are as follows:

Hope has come since the number of new infections began to slide in the first 15 districts with the highest incidence of corona infection.

Mumbai reached its peak on January 7 with 20,971 corona infections reported.

The daily new numbers are still increasing in Pune and Bangalore. If other districts take drastic measures and control the spread, Mumbai The peak of the country can be reached within 2-3 weeks after the peak.

Scientists estimate that the 3rd wave of Govt is unlikely to cross 4 lakh per day in India.

The number of new corona infections in the first 15 districts, including 10 major cities, fell from 67.9 in December to 37.4 in January.

The new corona number has been reported in rural areas from Andhra Pradesh, Arunachal Pradesh, Bihar, Jammu and Kashmir, Orissa and Rajasthan.

The states of Andhra Pradesh, Delhi, Gujarat, Karnataka, Kerala, Madhya Pradesh, Telangana and Uttarakhand have already vaccinated more than 70% of the eligible population for vaccination.

The states of Punjab, Uttar Pradesh and Jharkhand are still lagging behind.

Delhi, Mumbai, North 24 Parganas reached the peak of the 3rd wave. But it has not yet peaked nationwide.

In other countries, the peak of the wave came within 54 days of the general increase in cases. The current peak average is 3.3 times higher than the previous peak.

In 8 to 15 districts, the daily number of infections in India has contributed immensely. Delhi, North 24 Parganas and Mumbai Have reached the peak.

During the second wave of the Pandemic in April-May 2021, the peak came on different dates. 26 days before the national peak Mumbai Reached the peak of the 2nd wave first.

The 3rd wave peaked on January 13 in Delhi. A total of 28,000 infections were reported that day. During the 2nd wave, Delhi reached its peak 16 days before the peak of the country.

The trend of metro cities peaking ahead of districts continues in the third wave. Peak refers to the worst Govt-19 situation in a state or city.

After that the number of corona infections, positive rates, etc. begin to decrease. The spread can be controlled by Govt controls, vaccination, etc.

Thus stated in the statement.