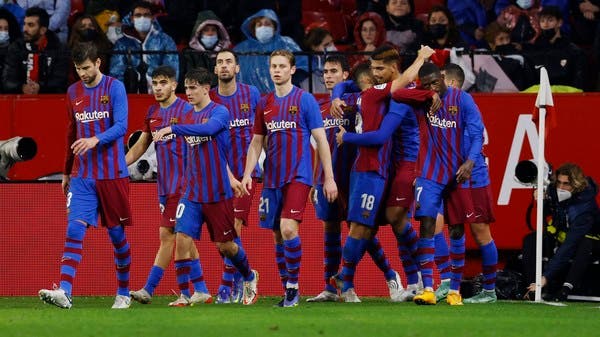 Barcelona announced on Friday that its defender, Oscar Mingisa, and its Danish striker, Martin Braithwaite, were infected with the Corona virus, which means that they will miss the Spanish League match Sunday against Real Mallorca at the “Camp Nou”.

These two absences will not affect coach Xavi Hernandez’s team, especially since they are not considered among the elements that the former coach of the Qatari club Al Sadd depends on.

But the Catalan club, which enters the thirty-fourth stage of the local league, is 15 points behind its rivals, Real Madrid, the leaders, which makes the latter need a point from its Saturday match with Espanyol to win the title, is facing the risk of the virus spreading in its ranks as a result of Braithwaite’s presence at a barbecue party held Thursday in Team exercise center.