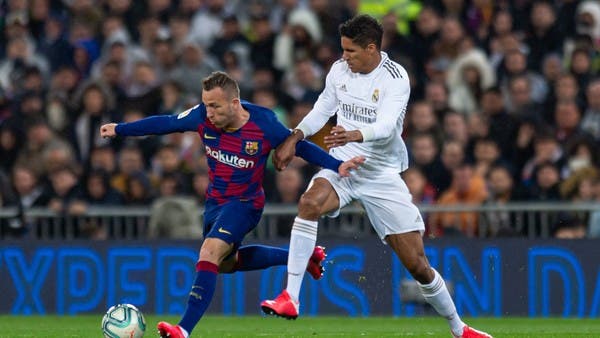 Real Madrid, the Spanish Premier League title holder, announced that its defender Raphael Varane had been infected with the new Corona virus “Covid-19”, to miss the first leg of the Champions League quarter-finals against Liverpool on Tuesday.

Real Madrid, the 13-time European champion, is playing the Liverpool match without its main defenders and is also expected to miss the second leg at Anfield on April 14, with captain Sergio Ramos continuing to stay away due to injury, as well as facing the Spanish League summit that will bring him together with his traditional rivals Barcelona on Saturday.

It is expected that coach Zinedine Zidane, Spanish Nacho Fernandez, will join Brazilian Eder Militao in the center of the defense in the Liverpool match, which is a replay of the 2018 Champions League final, which Real Madrid won 3-1.