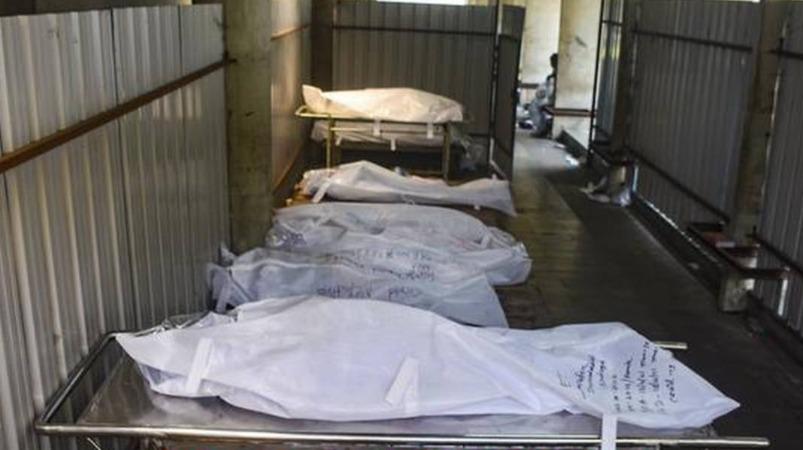 
The federal government has said that 3570 Indians living abroad have died due to corona infection.

The Corona 2nd wave started in India last March and caused great damage. After going below 10 thousand (9,139) on February 15, it started to increase again and crossed 30 thousand again in March.

The corona spread, which had a major impact in April and May, began to decline in June. Restrictions have been relaxed as the impact of Corona 2nd wave begins to wane in various states of the country. People are beginning to return to normal life.

Medical experts have already warned that the 3rd wave is likely to come quickly if corona prevention methods such as social exclusion, masking, vaccination, and frequent hand washing are not followed properly.

In the last 24 hours, 507 people have died from corona. Of these, 165 died in Maharashtra and 105 in Kerala. Overall Casualties 4 lakh 18 thousand 987.
At this stage Corona infection According to the Central Government, 3570 Indians living abroad have lost their lives due to this.

The Foreign Ministry has responded to a question raised in the Parliamentary State Council. in it Corona infection So far 3570 Indians have been reported dead abroad and this has been confirmed based on information from different countries.

Big jumble in bag purchase – Ration will be distributed in bags with PM-CM’s picture, bags bought in crores of rupees

Eva Ayllón: “Peru is going to be in the eyes of the world”

Swearing? Pogidinda? .. Nebula on her husband’s birthday .. Kissing name is the highlight !!

That is why I have been following Jagan for 11 years .. not for the post: Posani Krishnamurali