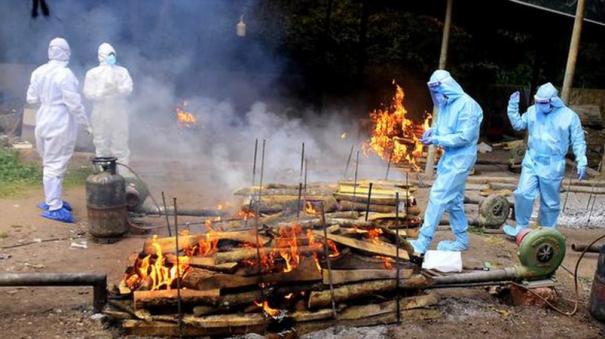 At the end of 2019, the spread of the corona virus was detected in the Wuhan area of ​​China. From there, the virus spread around the world in early 2020. For about two and a half years in a row corona waves have been forming and threatening the nations of the world.

The number of people infected with the corona virus and the number of deaths are being published separately by the countries of the world. According to international statistics, 60 million people will be killed by the corona by the end of 2021.

The World Health Organization refuses to accept this statistic. The group, which has accused various countries of covering up the death toll, recently released statistics on corona mortality based on the “Poisson regression model” mathematical model. According to the World Health Organization, 1.5 million people worldwide died of corona between January 1, 2020 and December 31, 2021.

The first corona patient was diagnosed in Kerala on January 21, 2020 in India. Very few people were affected by corona that month. No one was killed. How, then, can one accept the claim that one lakh people in India died of corona in January 2020?

The corona distribution in India was very low between October and December last year. But the World Health Organization estimates that 3.29 lakh people have died from corona in just three months. Similarly, the overall figures of the organization are contradictory from front to back, ”the Indian statisticians alleged.

The World Health Organization has publicly acknowledged the statistical error. The organization has promised to change the death toll in consultation with member states.