IndiaCorona on the rise in 8 states including Maharashtra, Kerala, Punjab, Gujarat...
India

Corona on the rise in 8 states including Maharashtra, Kerala, Punjab, Gujarat and Tamil Nadu: Ministry of Health 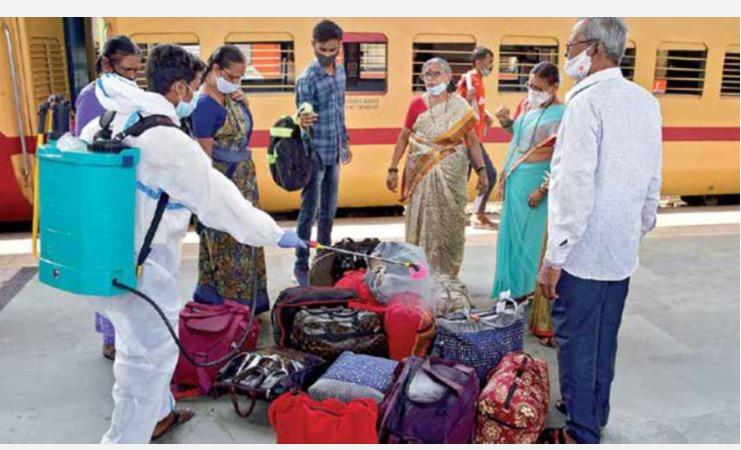 Maharashtra, Kerala and Punjab in 8 states Corona The impact continues to grow, according to the Federal Ministry of Health.

According to a press release issued by the Ministry of Health:

In the last 24 hours, 76.22 per cent people in states including Maharashtra, Kerala and Punjab have been affected by the daily outbreak in the country.

Daily occurring in the country Corona The incidence is 62 per cent in Maharashtra, 8.83 per cent in Kerala and 5.36 per cent in Punjab. In Maharashtra, Pune, Nagpur, Mumbai, Thane and Nashik districts have the highest number of people affected by corona.

Similarly, in Kerala, Ernakulam, Pathanamthitta, Kannur, Palakkad and Thrissur districts have been affected the most.

Apart from these 3 states, Tamil Nadu, Madhya Pradesh, Gujarat, Karnataka and Haryana Corona The infection is getting worse. In Kerala at the same time Corona The number of people infected is currently declining.

More than 70 people have been killed in Maharashtra in the last 24 hours. 38 in Punjab and 17 in Kerala.

At the same time Assam, Uttarakhand, Orissa, Pondicherry, Lakshadweep, Sikkim, Ladakh, Manipur, Dadra and Nagar Haveli, Daman and Diu, Meghalaya, Mizoram, Nagaland, Tripura, Andaman and Nicobar Islands, Arunachal Pradesh and even one of the Union Territories. Corona Did not die of viral infection.

Since last January 16 in India Corona The task of vaccinating the virus began. So far 4.20 crore people across the country have been vaccinated. Vaccination work is in full swing. Soon this number will cross 5 crores.

Previous articlePrime Minister Narendra Modi arrives in Pondicherry on the 30th and addresses coalition leaders
Next articleGood relations with Israel: Saudi corrects Kushner; There is no change in the old position

Love affair in Hyderabad .. A devil who captures a young woman and cuts her with a blade