IndiaCorona spread; The MP who came to the Parliament wearing a...
India

Corona spread; The MP who came to the Parliament wearing a high capacity air builder mask. 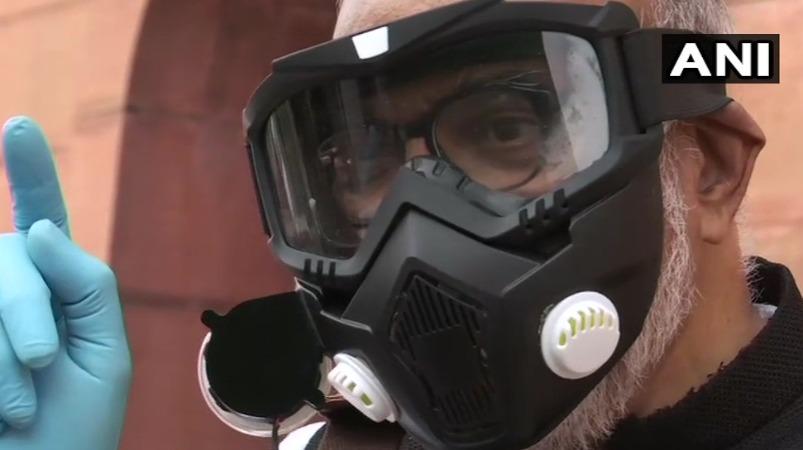 States MP Narendra Jadhav wore a high-capacity air builder mask for parliament. He said the mask was 99.7 percent capable of preventing the spread of corona germs.

It was decided to hold the parliamentary budget session in two sessions. The first session will be held from January 29 to February 15 and the second session will be held from March 8 to April 8. Accordingly, the budget session began on January 29 with a speech by the President. On February 1, Finance Minister Nirmala Sitharaman presented the budget for 2021-22.

It was followed by a debate in both houses thanking the President for the speech. Discussions on the budget also took place in both of them. Lok Sabha Speaker Om Birla declared that the Lok Sabha was 99.5 per cent constructive in the first session and that the session lasted 49 hours and 17 minutes out of the planned 50 hours.

In this context, the 2nd phase session started today. As usual, the state assembly was scheduled for the morning session and the Lok Sabha for the evening in view of the spread of the corona virus. As usual all the MPs who came to the Parliament followed the Corona norms and attended the meeting wearing the mask and adhering to the social space.

Previous articleThree more countries on the green list; People from these countries do not need quarantine in Abu Dhabi
Next articleAnasuya Tattoo Secrets .. That’s why it’s like that! Zabardast Beauty who soon revealed another secret