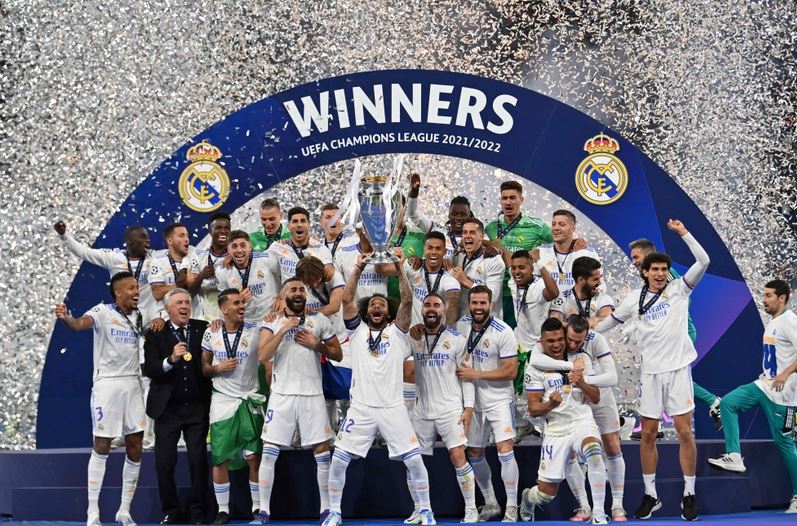 The historic decision came to give Real Madrid the European Champions League title for the 14th time after beating Liverpool, today, Saturday, in the final match, in which it won with a clean goal, scored by Brazilian Vinicius.

Real proved that he is the “master of Europe” to continue setting his records as the most successful Champions League winner, as well as crowning the Spanish League “La Liga” in a wonderful season in which he wrote his glories and confirmed his technical and administrative value under the leadership of club president Florentino Perez.

Real Madrid was betting on history to win the continental title, which happened despite the fact that its opponent, Liverpool, played a strong match against him and was the closest to scoring on many occasions, after he captured most of the balls on the field, but the experience imposed itself and the royal team grabbed the victory from a counterattack and with the mentality of the realistic Italian coach. Carlo Ancelotti.