Cosmin and Mahdi Ali .. A special interview in the most prominent confrontations of the cup quarter-finals 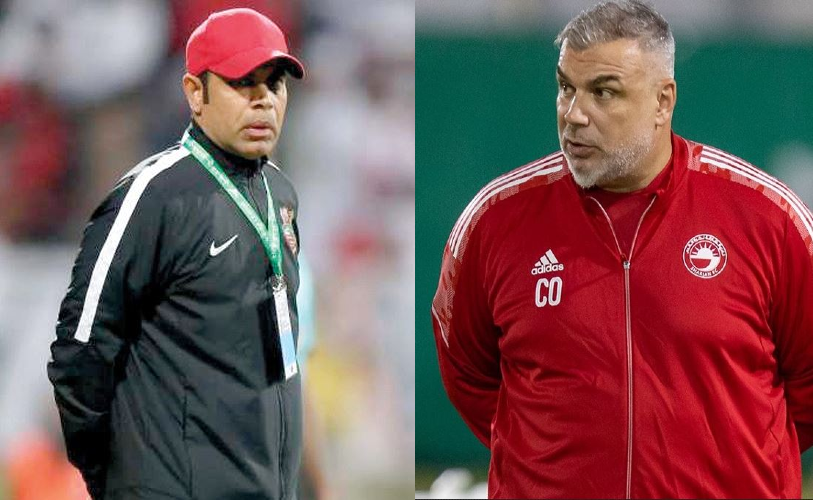 Sharjah’s confrontation with Al-Ahly youth, in the quarter-finals of the President’s Cup, attracts attention among the four meetings that will be held tomorrow and the day after, with a knockout system. The confrontation, which is taking place at the Sharjah Stadium, is important because the Romanian coach Olario Cosmin is at the head of the technical staff of Sharjah, in his first challenge against his previous team, who supervised his training for five seasons, which he achieved through many achievements at the local and Asian levels. Cosmin left Al-Ahly youth training in December 2017, after leading him to win nine championships and qualify for the Asian Champions Final.

The Romanian coach hopes to overcome the Al-Ahly youth obstacle and reach the semi-finals, and win the Cup Championship, which eluded him during the successive periods of training Al-Ain and Al-Ahly youth.

Al-Ahly youth coach, Mahdi Ali, will be on a mission that is the most difficult for him this season, in order to continue the path towards retaining the title, which the Knights won last season at the expense of victory.

Sharjah climbed to this stage of the competition after overtaking Hatta by defeating it with two goals against a goal, while Al-Ahly youth climbed at the expense of Al Dhafra with a 1-0 victory. The confrontations will open with a heavy-caliber meeting between Al-Wasl and Al-Ain at Zabeel Stadium, in a retaliatory meeting in which the Emperor is looking to repay the debt to Al-Ain, who kept him away from that stage of the League Cup. Al-Wasl qualified at the expense of Khorfakkan after beating its opponent 3-0, while Al-Ain advanced after defeating Al-Nassr 1-0.

The second match brings together Al Jazeera and its guest Al Wahda at Zayed Sports City Stadium, and the confrontation is gaining importance as the capital derby, and the matches that bring them together always witness strong competition.

The two teams’ path to the quarter-finals was not strewn with roses, as Al Jazeera found it difficult to overcome Arabism, and beat it with a single goal, while Al Wahda managed to beat Ajman with the same result, and after the extension of the extra runs.

In the fourth confrontation, Bani Yas will be a heavy guest on Kalba, and each team is looking for victory to be able to continue the championship journey in pursuit of the first title. Kalba qualified hard after defeating Al-Arabi 2-1, while Bani Yas advanced by winning, while Bani Yas defeated the “Al-Suqur” team by 3-0.