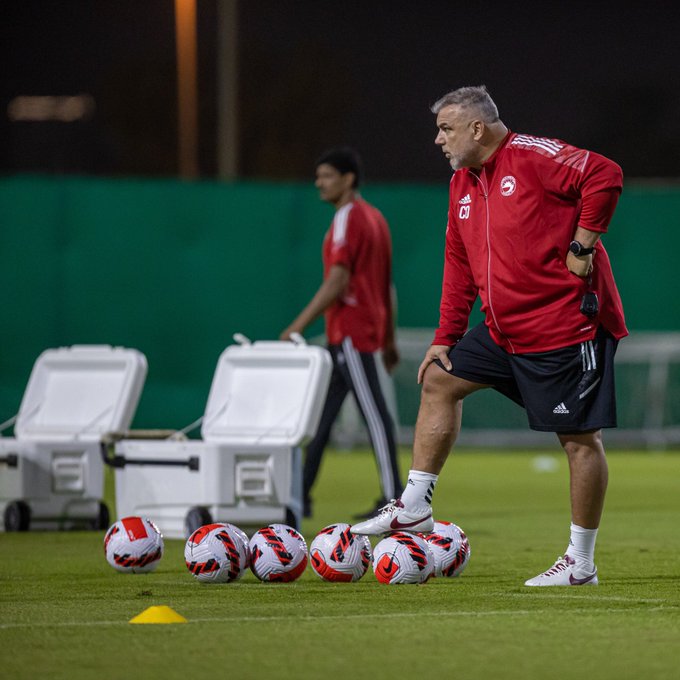 The coach of the Sharjah football team, Romanian Kuzmin, denied media reports that he had received an offer to train the Chinese team, which is looking for a new coach to take over the task, noting that he did not know anything about it and that he only heard about this through the media, knowing that Kuzmin took over the training of Sharjah in November of last year and led him to the runner-up of the UAE League last season, which was won by Al Ain.
Kuzmin said during the introductory press conference for the team’s upcoming match against Ajman next Thursday, in the third round of the ADNOC Professional League, which was held today, Tuesday at the club’s headquarters in Sharjah: “My contract with Sharjah remains about eight and a half months or nine months, and I will continue to perform my duty with the team to the maximum.” Until the end of my contract with the team.
Sharjah leads the standings of the ADNOC Professional League teams with six points, which it won in the past two rounds, against Shabab Al-Ahly and Baniyas.