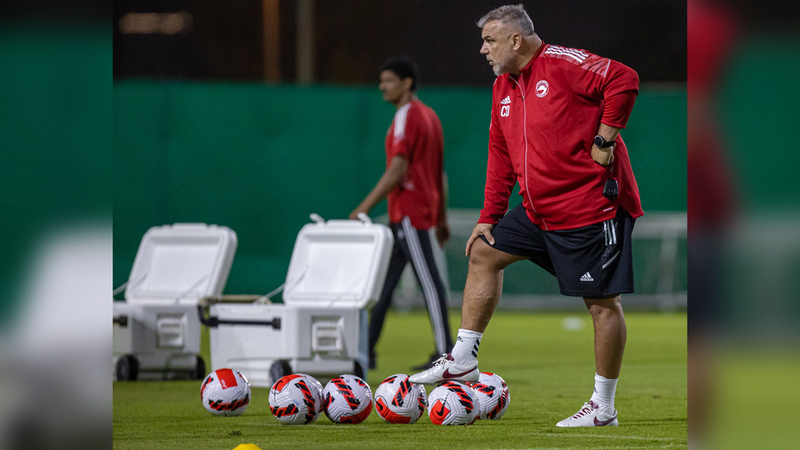 Surprises were absent from the round of 16 in the President’s Cup for Football, and it may be for the first time in a long time, and it produced three summit confrontations, as early finals in the round of 8, as Al-Ahly youth collide with Sharjah, Al-Ain Al-Wasl, and Al-Jazira unity, in addition to a confrontation of no less importance between the two teams Baniyas and Kalba. And last season, and in the round of 16 itself, witnessed very big surprises, most notably the farewell of Al Ain at the hands of Ajman, as well as the exit of Al Jazira from Al Dhafra, and Al Wahda at the hands of Al Nasr.

The Shabab Al-Ahly match against Sharjah is at the forefront of the quarter-final matches, due to the presence of Romanian Olario Cosmin, the former Shabab Al-Ahly coach, at the helm of the technical leadership of Sharjah, which will add to the meeting more excitement and heat.

And the confrontation will be renewed again between Al Wasl and Al Ain in the quarter-finals, as the two teams met this month in the League Cup, back in Al Ain and ended in a 3-3 draw.

Al-Wahda’s confrontation with Al-Jazira will not be less exciting than the previous two confrontations, despite the different technical condition of the two teams. Al-Jazira is not in its best condition compared to last season, while Al-Anabi is living happy days under the leadership of his French coach Gregory, who leads the team to compete in all competitions, and revived His hopes in the league after moving away from the first positions, under the leadership of his former coach, the Dutch Tin Kat.

Meeting outside the accounts

The fourth confrontation will bring together Al Ittihad Kalba and Baniyas, which will be open to all possibilities, given the convergence of the level between the two teams, and Al-Samawi aspires to preserve his season after he was eliminated from the competition for the league championship, as it currently occupies 11th place on the general ranking list, while the Kalba Union occupies the position. The tenth.

The path to the title

Semi-finals (home and away).

Final (one match on a neutral stadium).