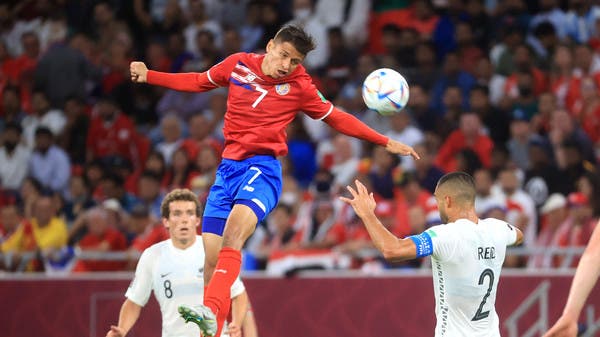 The contract of qualifications for the FIFA World Cup, which will be hosted by Qatar from November 21 to December 18, has been completed, after Costa Rica defeated New Zealand 1-0 in the international play-off match that brought them together on Tuesday in the Qatari city of Al Rayyan.

The Costa Rican national team owes its victory to Joel Campbell, who scored the game’s only goal in the third minute.

New Zealand had to complete the match with 10 men after Costa Barbarosis was sent off in the 69th minute.

Costa Rica will play in Group E of the World Cup, which also includes Spain, Germany and Japan.