Costa Rica stuns Japan with a late goal from Fuller 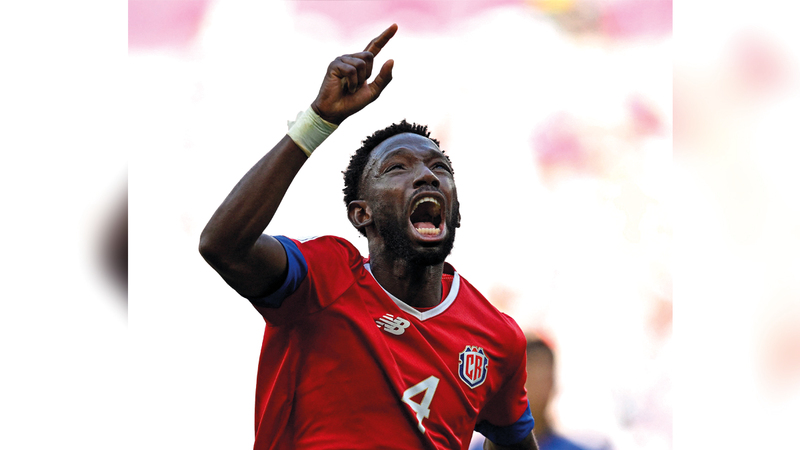 Costa Rica dealt a heavy blow to Japan’s hopes of reaching the last 16 of the FIFA World Cup, and recovered from its humiliating loss against Spain, to achieve a surprising 1-0 victory in Group E, yesterday.

Kesher Fuller’s 81st-minute goal, from Costa Rica’s first attempt at goal in a dull game, shocked the Japan fans, who were beating drums in the stadium, leaving the group wide open.

Japan’s historic victory over Germany in the opening match, in addition to Costa Rica’s 7-0 defeat against Spain, paved the way for the Asian team to qualify for the round of 16 with one match remaining at the end of the group stage.

But the much-changed starting line-up failed to shine, and Japan’s hopes of qualifying for the knockout stages for the fourth time now depend on the outcome of their final match against Spain, next Thursday.

Costa Rica is now level on points with Japan, each with three points, and has a chance to qualify for the round of 16.

The first half was dull, testing the patience of the Japanese fans, who were drumming in blue shirts at one end of the Ahmed Bin Ali Stadium.

Immediately after the break, Japan looked more menacing on the Costa Rica goal, with Hedmasa Morita finally testing Keylor Navas with a try that the veteran goalkeeper cleared.

Japan trapped Costa Rica in their own half and it looked like it was only a matter of time until the pressure yielded a goal, but in a rare breakthrough, the Japan defense failed to clear Fuller’s shot, which was touched by goalkeeper Shuichi Gonda, but he was unable to save it into his own net.