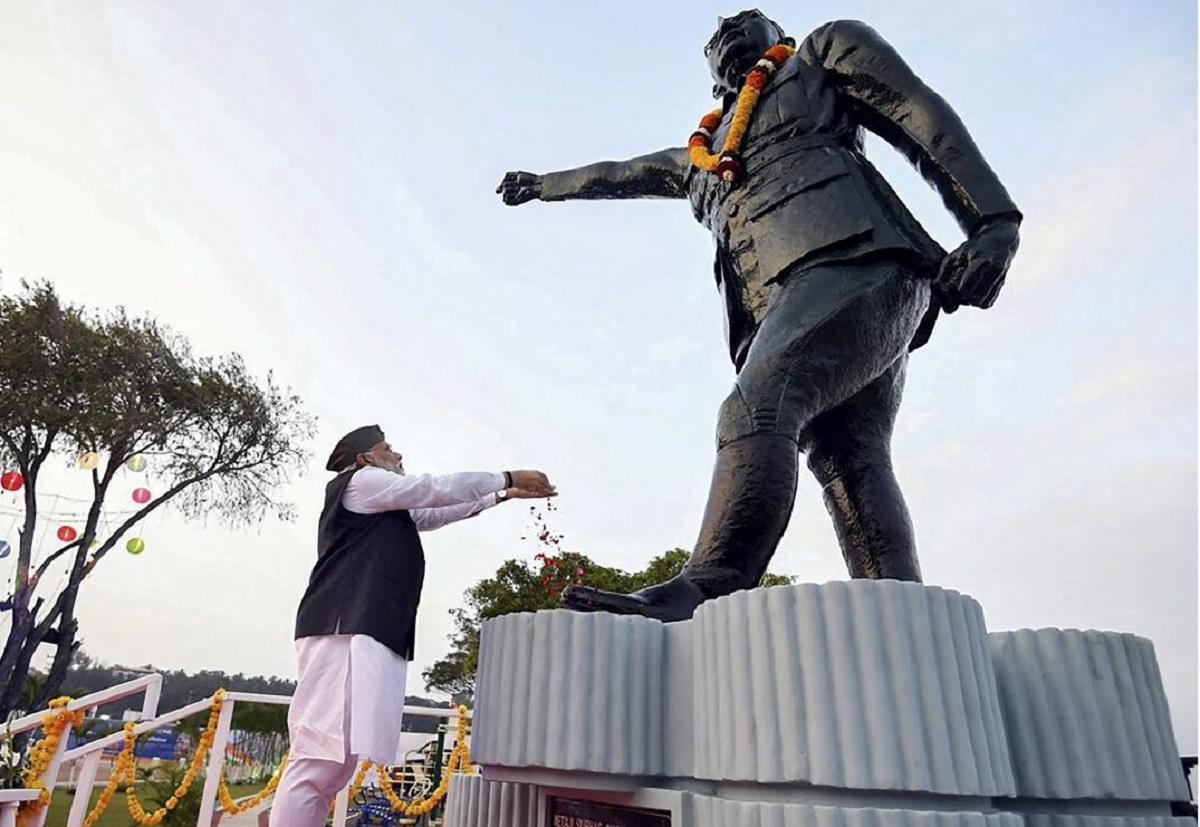 New Delhi: “Immensely inspired by Netaji’s thoughts, we are working to fulfill his vision for India,” PM Modi has paid tribute.

Prime Minister Modi: In his Twitter post, Prime Minister Modi said, “On this day of heroism, I pay tribute to Netaji Subhash Chandra Bose and remember his unparalleled contribution to the history of India. He will be remembered by all for his fierce resistance against the colonial rule. Deeply inspired by his ideas, we are working to fulfill his vision for India.”

Amit Shah: In his Twitter post, the Home Minister said, “With his unique leadership qualities, he united people and created the ‘Azad Hind Fauj’ for India’s freedom. On his 126th birthday, the nation remembers Netaji and bows to his courage and struggle. My Valor Day wishes to all.”

Rahul Gandhi: Congress leader and Wayanad MP Rahul Gandhi said in his Twitter post, “My humble tributes to the great freedom fighter Netaji Subhash Chandra Bose. His courage and fighting spirit continue to inspire Indians today to preserve the freedom of our country.”

Mallikarjuna Karke: Congress president Mallikarjuna Kharge tweeted, “I pay tribute to our icon Netaji Subhash Chandra Bose on his 126th birth anniversary, former president of Indian National Congress, founder of Azad Hind Fauj, ‘Jai Hind’, ‘Give me your Utra… I give freedom.'” “His slogans instilled a real attachment to the motherland in everyone’s mind,” he said.

Today, on Parakram Diwas, I pay homage to Netaji Subhas Chandra Bose and recall his unparalleled contribution to India’s history. He will be remembered for his fierce resistance to colonial rule. Deeply influenced by his thoughts, we are working to realize his vision for India.

My humble tributes to the great freedom fighter, Netaji Subhas Chandra Bose, whose courage and patriotism still inspires every Indian to protect and preserve the freedom of our great country.