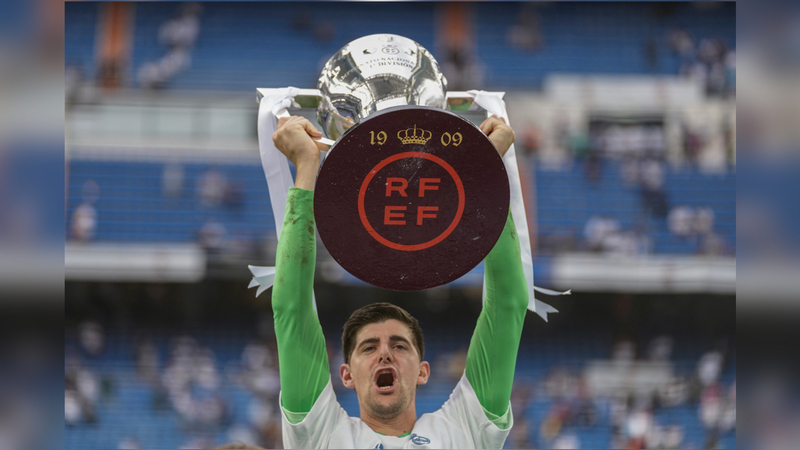 Belgian goalkeeper Thibaut Courtois responded to Barcelona defender Danny Alves, after the club won the Spanish Football League title for the thirty-fifth time in its history.

After Barcelona beat Real Madrid 4-0 in the La Liga Clasico last March, Alves joked that Real Madrid was lucky after Barcelona helped him win the title. “After the El Clasico, some people celebrated as if they had won the title and went back to competing,” Courtois said. “But we kept our calm and beat Celta Vigo in a difficult match, and we also won the match against Getafe, which is always difficult for us.”