Courtois: Some people celebrated as if they had won the league after El Clasico 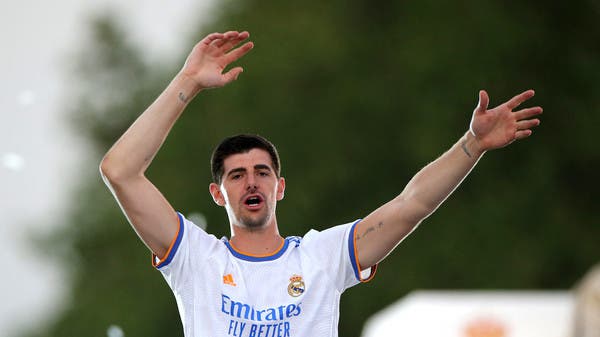 Belgian goalkeeper Thibaut Courtois responded to Barcelona defender Danny Alves, after the club won the Spanish Football League title for the thirty-fifth time in its history.

Real won the Spanish League title by beating its guest, Espanyol, by four goals without a response, on Saturday, four rounds before the end of the season.

Courtois said: “After the El Clasico, some people celebrated as if they had won the title and went back to competing.

“But we kept our calm and beat Celta Vigo in a difficult match, and we also won the match against Getafe, which is always difficult for us.”

The Belgian goalkeeper concluded by saying: This is the work of the whole team, we all attack and defend.