Covid deaths due to lack of oxygen should be accounted for: Parliamentary Standing Committee 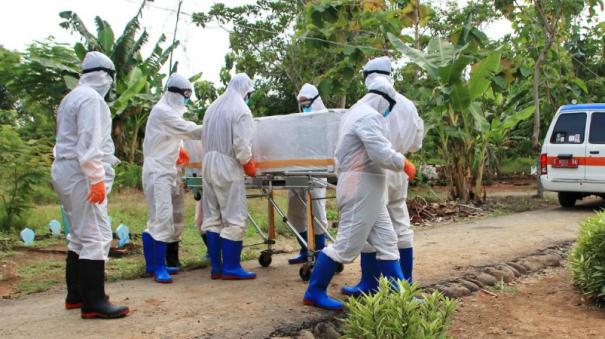 New Delhi: A Parliamentary Standing Committee has requested the Union Health Ministry to jointly count the deaths due to lack of oxygen during the Covid-19 pandemic with the state governments.

The Parliamentary Standing Committee on Health submitted its 137th report in the Rajya Sabha on Monday. The report said, ‘The increase in the number of Covid-19 cases has created pressure on the health infrastructure. There were many reports in the media about families of many Covid patients waiting in queues for oxygen cylinders, begging for cylinders, hospitals having short supply of oxygen.

In its 123rd report, the Standing Committee had warned the government that shortage of oxygen in hospitals could lead to shortage of oxygen supply to hospitals. We are disappointed with the assurance language given by the Ministry of Health in 2020 that we are self-sufficient in supplying oxygen and oxygen cylinders to hospitals. That empty plagiarism was starkly exposed during the second wave of Covid-19.

While the government has failed to manage the supply of oxygen between states, the skyrocketing demand for oxygen has now led to an unexpected medical crisis.

Poor management of medical logistics and failure of the health system to respond quickly to problems clearly revealed the government’s failure during the second wave. Poor monitoring of oxygen supply, its production, oxygenated beds, requirements of ventilators further worsened the situation at that time.