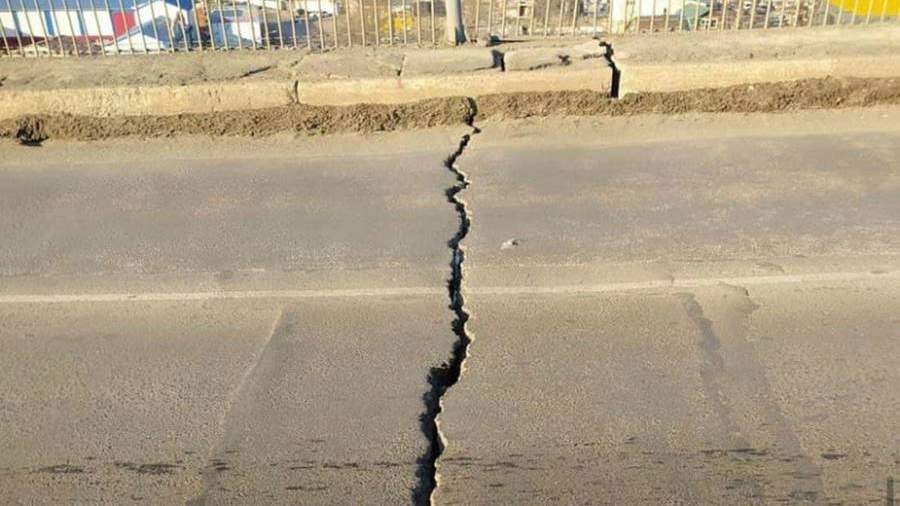 An expansion joint with the width of the entire carriageway appeared on the Rudnevsky bridge in Vladivostok. This was announced on Sunday, December 26, at the press service of the city administration.

“Vice-Mayor Nikolai Zaitsev and specialists of the Department of Roads and Improvement are working at these minutes on the Rudnevsky Bridge of Vladivostok. There in the morning a crack appeared, the width of the entire carriageway. According to experts, due to the abnormally cold weather, the expansion joints of the bridge parted, ”the mayor’s office told reporters.

Last week, the air temperature in the city fell below -20 degrees.

The movement is still open, the final plan of action will be known after the conclusion of specialists-bridge builders.

The overpass across Snegovaya Pad (Rudnevsky Bridge) is a reinforced concrete bridge 504 m long and 9 m wide.Construction was completed in 1975, and emergency repairs of the bridge were carried out in 2012. In 2018, soil subsided on the roadway, then the authorities announced plans to build a new bridge next to the overpass.

The photo of the expansion joint was published by Instagram-public @dps_vl.

Earlier, on December 24, the temperature in Oymyakon (Republic of Yakutia) dropped to -61 degrees. Such weather can be called uncharacteristic for a village in the Oymyakonsky ulus. Typically, in winter, thermometers drop there to -40 degrees.

On December 22, residents of Moscow and the Moscow region told how they are experiencing anomalous frost. So, a resident of the capital said that from a walk on the street, the eyelashes are covered with frost and become snow-white.

Also, residents of the capital region were able to observe a halo in the sky. It appears in frosty and clear weather due to the refraction of light.