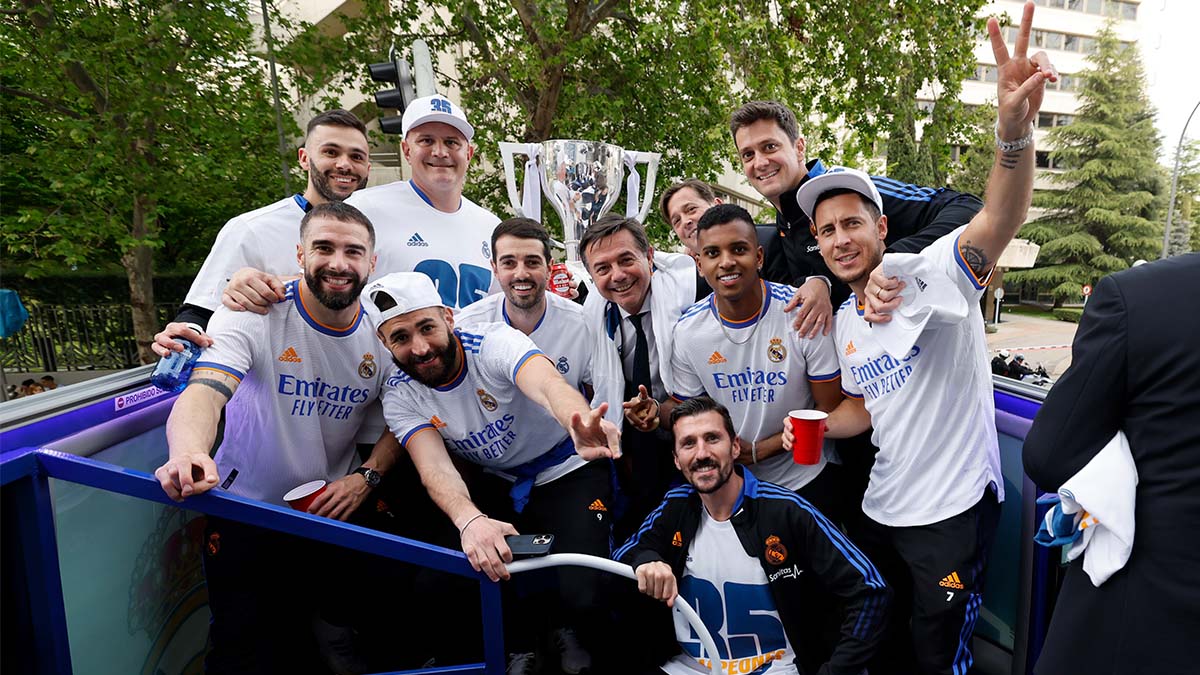 Real Madrid players celebrated in unconventional ways after securing the official title of the Spanish League in their stadium and among their fans, after the broad victory over Espanyol by four clean goals.

Among the most prominent festive scenes, Austrian defender Alaba picked up a white chair and raised it repeatedly to the top, which is the famous celebration that he performs whenever his team achieves a precious victory, and he also did so after the exclusion of Paris Saint-Germain from the European Champions League.

Alaba means from this celebration a message: “Do not sit on our chair”, indicating that no one will take Madrid’s seat on the podiums.. And we leave you with other scenes of joy from the night of the Royal Club’s celebration of the League.

🕺on one and a half #CAMPEON35 pic.twitter.com/O1maODuPms