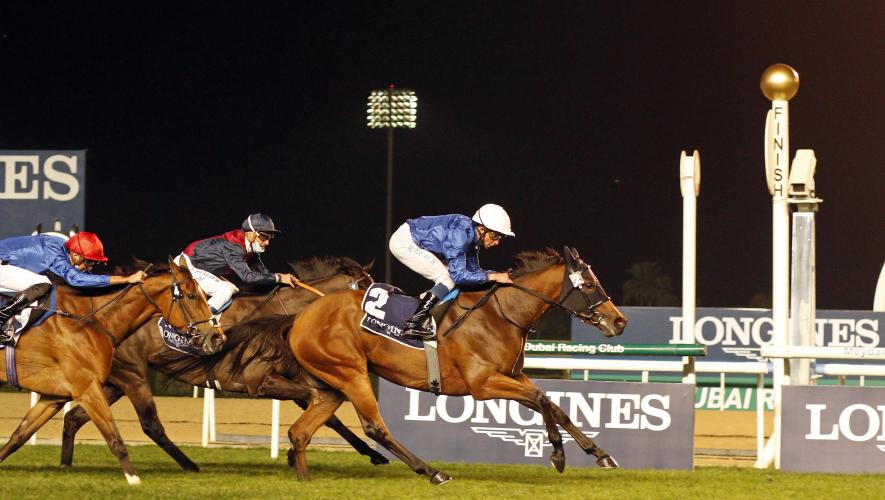 The filly “Creative Flair” holds the banner for defending the world title of the Godolphin team in the “Diana Stakes” race dedicated to fillies and mares of the first category “Group 1”, the highest ranked in the world, when the four-year-old filly will compete tomorrow, Saturday, the challenge of the 1800-meter race Herbaceous, taking place on the famous American “Sratoga” track.

A descendant of the stallion “Dabawi”, Creative Flair aspires to repeat the achievement of her Godolphin colleague, the skilled “Confidence”, crowned with the global blue logo with the title of “Diana Stakes” last year.
Creative Flair has had a long period of rest, since last February recorded the biggest victory in its career, by clinching the title of the “Blanchine” race for the second category “Group 2”, which took place on the “Meydan” international track in Dubai, on the evenings of the “Dubai Cup Carnival” races. Global”.
Creative Flair, under the supervision of its coach Charlie Appleby, returns to the “Sratoga” for a second experience, after it finished third in the “Sratoga Oaks Invitational” race for “Group 2” horses in August last year.
Godolphin’s filly in “Diana Stakes” faces the elite of fillies and mares on the American horse racing arena, among them the mare “Blaker Street” owned by “Peter Brant”, and coming under the supervision of her coach Chad Brown, from a wide victory early last month with the title of “New York Stakes”. For the “Group 1” horses, which was held at the American “Belmont Park” track.
Godolphin coach Charlie Appleby commented on Creative Flair’s readiness and chances of winning the Diana Stakes, saying in a press statement: “This race has always been Creative Flair’s goal since its victory in Dubai with the Blanchine Championship title, and it has done everything something right since her return to America and training.”
He added, “The filly was shipped from Belmont to Saratoga this week, and the team working there is happy with its current condition, and if it manages to repeat its level in Dubai, or even some of its level in America last year, it will be one of the leading candidates to win the race.” .