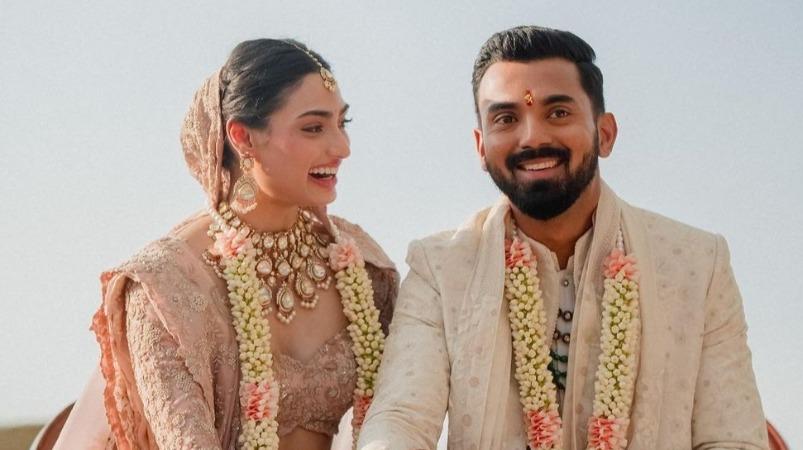 Mumbai: Indian cricket team’s wicketkeeper batsman KL Rahul is married to his girlfriend Athiya Shetty. It is reported that their marriage took place in a farmhouse located in Maharashtra.

Both of them were in love for a long time. Both of them are now married. Athiya Shetty is the daughter of Bollywood actor Sunil Shetty. Athiya has also acted in films. While the information about their love was leaked, both of them did not openly comment on it.

Rahul has been rested for the ongoing ODI series against New Zealand. He has conducted his marriage using it. Only relatives of Rahul and Athiya Shetty have participated in this. Information that the reception will be conducted on a later day.

Their married pictures are currently taking over the social media. Many are congratulating the newlyweds.