Crime against women has come down: Andhra Pradesh Minister Roja 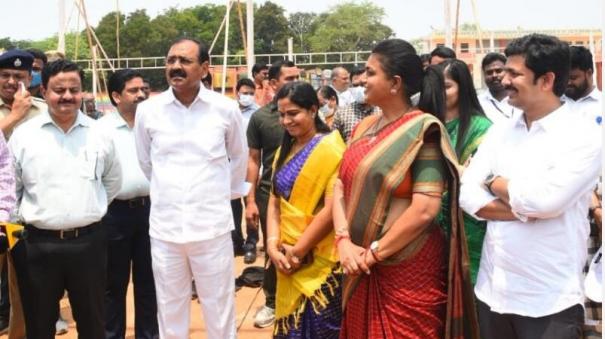 It was during the rule of Chandrababu Naidu in Andhra Pradesh that crime against women increased. But, after Jagan became the chief minister, the crime rate against women in Andhra Pradesh has come down by 3 per cent, according to a study by the National Crime Branch. Yet women are occasionally victimized by some savages. Upon learning of this, the government immediately arrested them and sentenced them to life imprisonment. An example of this is the murder case of Ramya, a B.Tech student from Guntur. The offender was also sentenced to death in this case. It was during Chandrababu’s rule that electricity and bus fares were increased. However, at present the Jagan government is supporting the poor through various welfare schemes. Thus said Rose.