Cristiano Ronaldo beats Messi in the first test. He led his country to victory 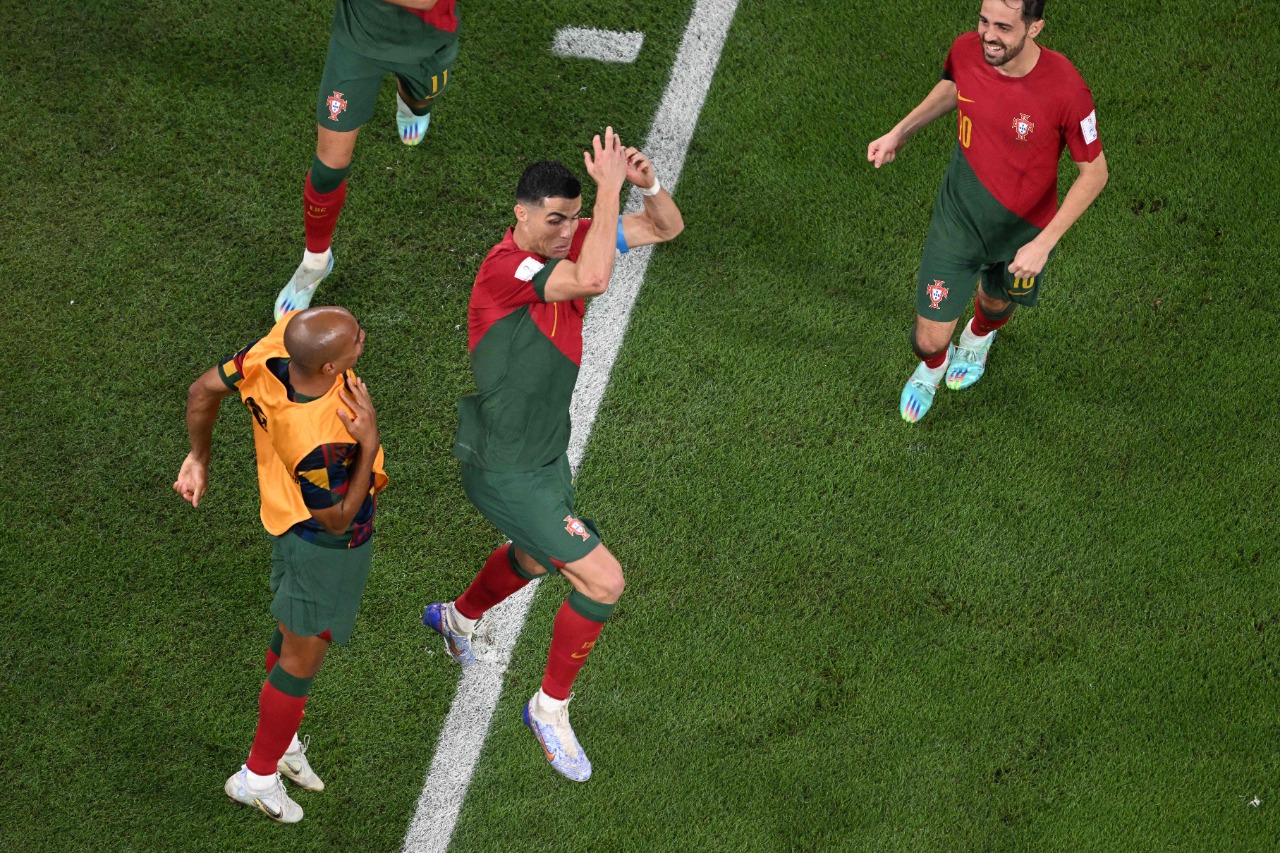 Portuguese star Cristiano Ronaldo led his country to an exciting 3-2 victory over Ghana in the first round of Group H of the World Cup in Qatar, to make history after becoming the first player to score in five copies of the finals, and a summit match of splendor, especially in the second half, which witnessed the goals of the match five.

With this result, Ronaldo excelled in the first test in the last station over his traditional rival, Lionel Messi, as the former succeeded in leading his country to an important victory and the first 3 points, while Messi failed with Argentina and suffered a historic loss against the Saudi national team, to finish in Group C, unlike Portugal, the leader of Group G with a score. 3 points.

This tournament is the last for the two stars at the World Cup level, and they are both present in the tournament for the fifth time in a row, and they are looking to win the title at the end of their football career.

Cristiano Ronaldo, 37, opened the scoring for Portugal, European Champion 2016, from a penalty kick in the 65th minute, and Andre Ayew equalized for Ghana only 8 minutes later (73), but Portugal came back and scored the second goal through Joao Felix and gave the Portuguese the lead (78). Substitute Rafael Leao added the third (80), before substitute Osman Bockari narrowed the difference (89).

With this result, Portugal topped Group G with 3 points, after Uruguay and South Korea tied without goals, to lead “Seleção” Europe with three points.