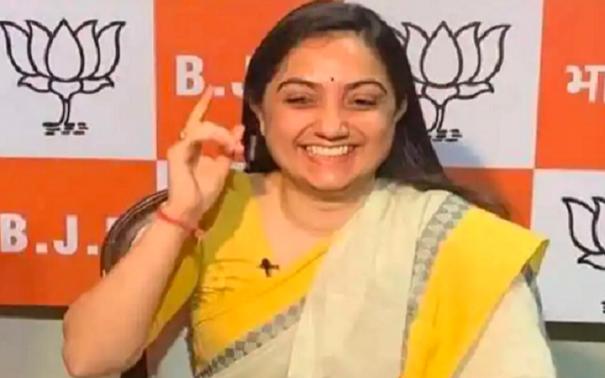 New Delhi: Mumbai police have said that former BJP spokesperson Nupur Sharma, who had controversially criticized the Prophet, the Islamist apostle, has not been seen for the past four days.

On May 26, BJP spokesperson Nupur Sharma appeared on Hindi television channels as usual. But on that day he had wrongly criticized the Prophet Muhammad, the Messenger of Islam. Thus, India was strongly condemned internationally, including by Muslim countries. Meanwhile, Muslims in India also began to struggle.

Due to this, the BJP suspended Nupur Sharma from the party. However, protests were held in states including Jharkhand, Uttar Pradesh and West Bengal demanding his arrest and action. Thus the Muslim demonstration in Kanpur on the 10th turned into a major riot. The situation was similar in Prayagraj, Bareilly, Saharanpur, Muradabad, Kannauj and Hathras districts of the state.

UP has filed cases against more than a thousand people over the issue. Police arrested 357 Muslims. Mohammad Kubran Khan, a teacher from Maharashtra, was lodged at the Thane and Pithoi police stations in Mumbai.

Subsequently, cases were registered against Nupur Sharma in Delhi. Mumbai police had also issued a notice to Nupur Sharma to appear in person for the investigation. Meanwhile, Mumbai Python police arrived in Delhi yesterday to question Nupur Sharma in person.

Missing for 4 days: Mumbai Pythoni police had registered a case against Nupur Sharma on May 29 following a complaint lodged by Irfan Sheikh, joint secretary of the Mumbai Raza Academy. The case was registered on charges of inciting religious hatred, inciting hatred and inciting hatred in public. In this case, the Python police had ordered him to appear in person on June 25. However, Mumbai Pythoni police said that they came to know that Nupur Sharma had not been seen for the last 4 days while he was in Delhi for a face-to-face inquiry.

Earlier, Nupur Sharma and his family were given police protection after he claimed that his life was under threat. The news that he was not seen in such an environment has caused a stir.