Cruzeiro postpones the annexation of Oliveira from Al Wasl to June 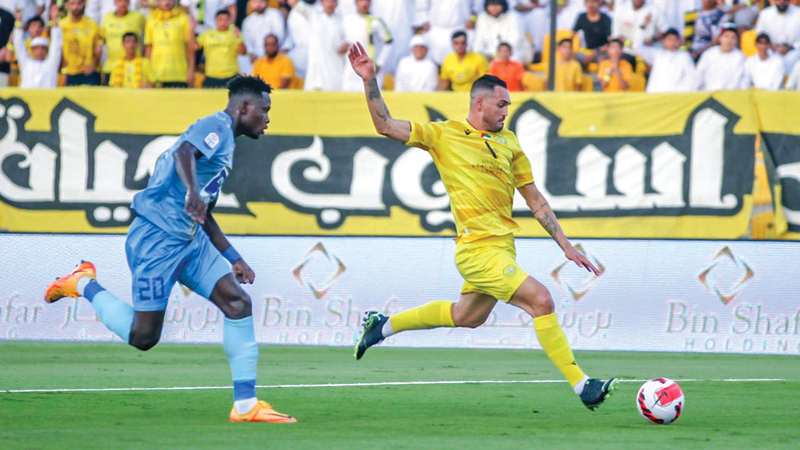 The newspaper “Globo” said that the coaching staff of the Brazilian club chose Oliveira as one of the most prominent options that he wanted to sign with during the upcoming winter transfer period.

She indicated that the material compensation that Al Wasl wishes to obtain is higher than the budget set by the Cruzeiro administration.

And she continued, “Gilberto Oliveira’s contract expires with Al Wasl next June, and the Cruzeiro administration puts it within its considerations, as it prefers that the contract with the Brazilian player be postponed to the summer transfer period and included for free.”

It is noteworthy that Al-Wasl contracted with Oliveira last January from Brazilian Bahia, with a contract that extends until the end of the current season, as he participated with the “Emperor” last season in 14 league matches, scored four goals and starred in the first match he participated in with the “Yellow” under his leadership. Al Wasl beat Al Ain with two goals to one in the President’s Cup. As for the current season, it participated in 10 league matches and scored five goals.

On the other hand, the newspaper “Globo” reported that Cruzeiro agreed to transfer striker Edo to Dibba Al-Fujairah, pointing out that the player will travel to the UAE in the coming days to complete the procedures for contracting with “Al-Nawakhada” after he bid farewell to his colleagues in the Brazilian team, noting that Edo will receive Financial gains that he had not previously obtained while playing in the Brazilian League.