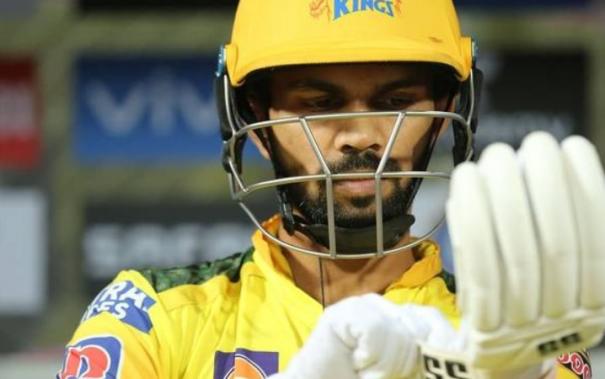 The 46th league match of the IPL between Chennai and Hyderabad was played yesterday at 7.30 pm at the Maharashtra Cricket Association Ground in Pune.

Rudraj and Devon Conway were the opening batsmen for Chennai. Rudraj played casually for the first 6 overs and then picked up speed. He flew the balls for sixes and fours.

Rudraj was outplayed as he approached the Audi century in particular. He fell for 99 off 57 balls. This includes 6 fours and 6 sixes each.

The Rudraj-Conway pair put on 182 for the first wicket. This is the highest run scored by any Chennai team in the IPL. Prior to this, in 2020, Chennai players Shane Watson – Fa du Plessis pair had amassed a maximum of 181 runs.

Conway, who played at the other end, was unbeaten on 85 off 55 balls. Captain Dhoni was dismissed for 8 off 7 balls.

Earlier in the day, the Lucknow Super Giants beat the Delhi Capitals by 6 runs.