Cuba: A powerful explosion rocked a hotel in central Havana 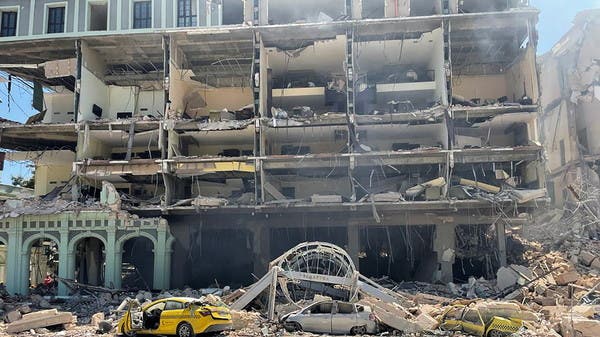 A powerful explosion occurred today, Friday, in a hotel under renovation in the center of the Cuban capital, Havana.

According to the official Cuban television, the explosion killed 4 people and injured several others, while 13 are missing.

Damage caused by the explosion at the Saratoga hotel

The cause of the explosion, which occurred shortly after 11:00 local time (15:00 GMT), is still unknown.

The blast damaged the facade of the five-star Saratoga Hotel, which includes 96 rooms, two restaurants and a rooftop pool.

A cloud of smoke and dust rose from the main Prado avenue in central Havana, where the hotel is located. The first four layers of the building were completely destroyed, with rubble and pieces of glass scattered on the ground.

The explosion also destroyed several cars parked near the hotel, which in recent years has been known to host many celebrities, including Madonna and Beyoncé.

Paramedics closed the roads leading to the scene of the explosion, and began searching for possible victims under the rubble of the hotel.