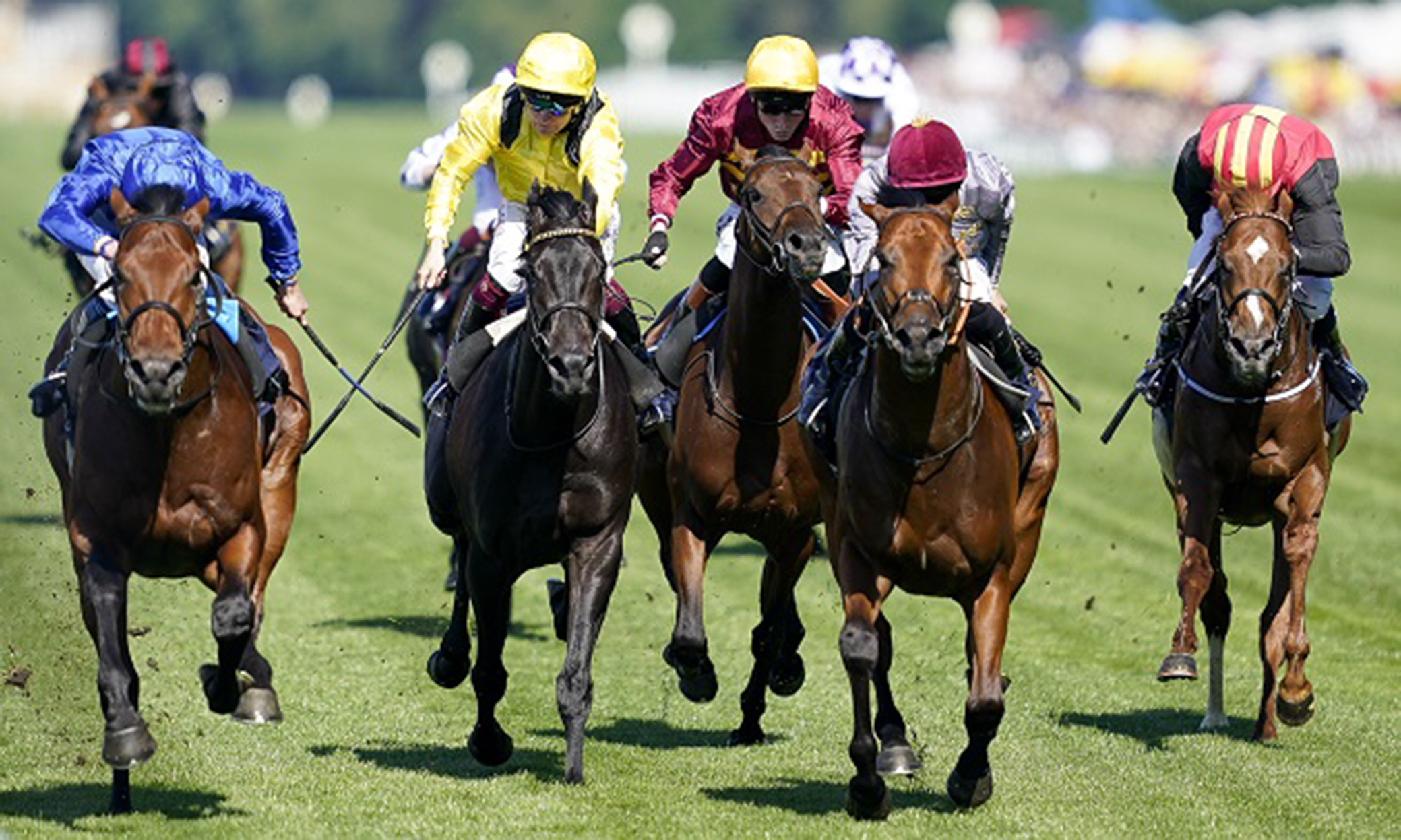 The “Curibas” pony, with the “Godolphin” logo and under the supervision of coach Charlie Appleby, was crowned a champion in the “St. James Palace Stakes” race, dedicated to Group 1 horses, for a distance of 1,600 meters grass, which took place today at the opening of the 311th edition of the prestigious British Royal Ascot Festival. .

The jockey, William Buick, succeeded in maintaining the capabilities of “Curibas” during the early stages of the race, and leading him to stay close to the constellation of horses presented, before unleashing him in the last 300 meters, pounce on the lead, and cross the finish line in first place, achieving a time of one minute 39 seconds and 42 milliseconds, with a neck difference from the second-placed pony “Lucil” with the “Al Shaqab Racing” logo and supervision of coach Richard Hannon and the leadership of jockey Pat Dubas, while the third place went to the pony “May Prospero” owned by “Sanderland Holdings” and the supervision of coach William Haggas. And the leadership of the jockey Thomas Marquand.