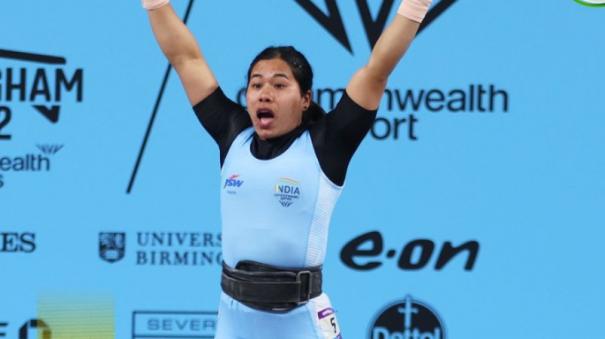 Pindyarani Devi Sorokaipam won the second position in weightlifting in the 55 kg weight category with a total lift of 202 kg. By this, he won the silver medal and made the nation proud. Bindyarani Devi lifted 81 kg in her first attempt in the snatch category, 84 kg in her second attempt and 86 kg in her final attempt. In the clean and jerk category, he lifted 110 kg in his first attempt and failed to sleep 114 kg in his second attempt. However, he finished second and secured the silver medal.

Earlier, India’s Sanket Mahadev Sarkar had won the silver medal in the men’s weightlifting event in the 55 kg category. Next, in the 61 kg category, Gururaj Pujari lifted 269 kg and won the bronze medal for India. Similarly, in the women’s 49 kg weight category, India’s Meerabai Sanu lifted a weight of 201 kg and won the gold medal.

In the Commonwealth Weightlifting, India won 4 medals namely gold, two silver and bronze in one day and is receiving praise.