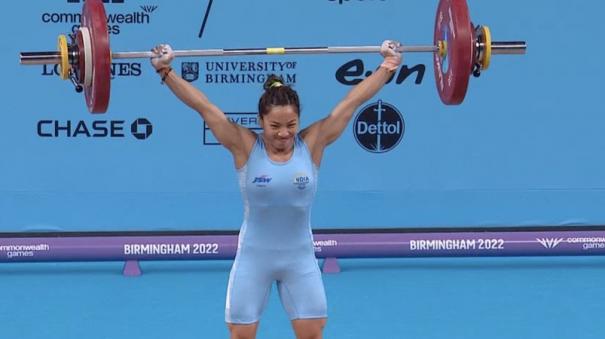 Birmingham: India has won its first gold medal in the ongoing Commonwealth Games in England.

The 22nd Commonwealth Games are underway at the Alexander Stadium in Birmingham, England. A total of 215 sportsmen and women from India have participated in 141 events in 19 categories in this sports competition in which 72 countries have participated. The opening ceremony was held yesterday. Yesterday, the first day, various sports competitions started. On the second day today, India won two medals. India’s Sanket Mahadev Sarkar won the silver medal in the 55 kg weightlifting competition held today. Gururaja won bronze.