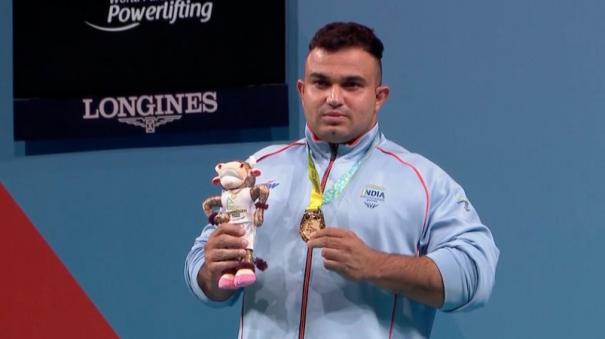 Birmingham: India bagged its sixth gold medal in the Commonwealth Games. Sudhir won the gold medal in men’s para weightlifting by scoring 134.5 points. 34.5 points is a new world record. Sudhir was ahead of other players throughout this match. With this win, India is seventh in the medal tally with 6 gold medals.

Sreesankar cleared 7.60m in his first attempt in the long jump final. Distance, he cleared 7.84m in his next two attempts and 8.08m in his fifth attempt to finish second. In the same category, Laquan Nairn of the Caribbean Islands of Bahamas won the gold medal. Although he also missed the length by 8.08m, he missed the gold medal by clearing a distance (7.98m) more than Sreesankar in his second attempt.

Silver medalist Murali Sreesankar hails from Palakkad district of Kerala bordering Tamil Nadu. A national record holder in long jump, Sreesankar has been showered with accolades after winning silver at the Commonwealth Games.