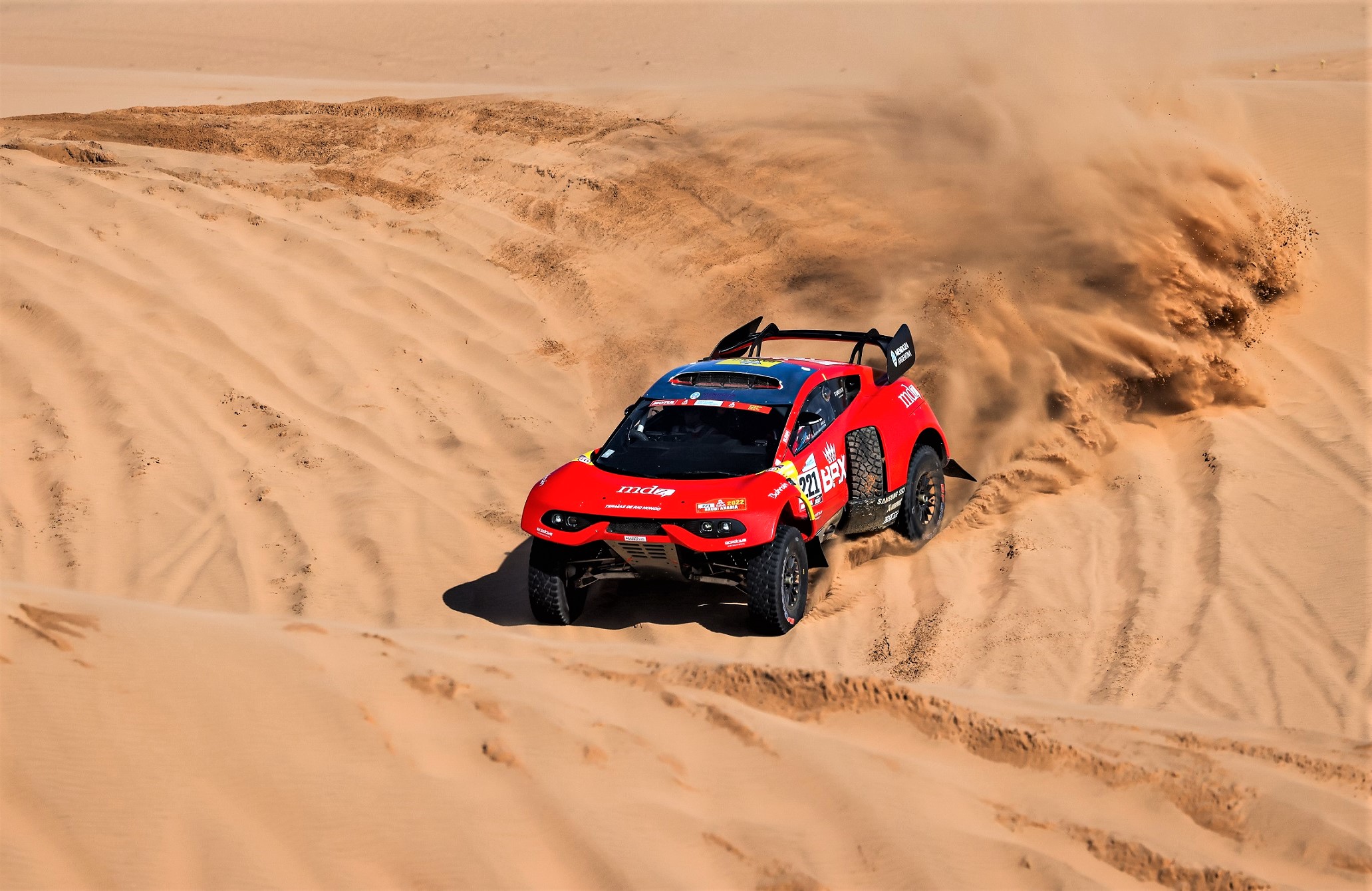 Bahrain Red Extreme driver Sebastien Loeb continued the pressure in the eighth round of the Dakar Rally and managed to devour another seven minutes of the lead of Qatari driver Nasser Al-Attiyah in the toughest rally in the world to be held in Saudi Arabia.
The French driver, “nine-time Rally Champion of the Year”, is driving the Prodrive Hunter car, accompanied by his assistant Fabien Lorquin, and won his second stage victory 24 hours ago, and finished third today behind Swede Mathias Ekström and French Stephane Peterhansel.
While the Qatari Al-Attiyah ranked 11th in the eighth stage, with a distance of 395 km and extending from Dawadmi to Wadi Al-Dawasir, the time difference in his lead in the rally decreased to 37 minutes and 58 seconds, and only four other stages of the rally remain, with a distance of 1172 km and ending on Friday in Jeddah.
With this result, Loeb was able to continue closing the time gap with Al-Attiyah by 12 minutes and 27 seconds in two days. Loeb and Lorkin rely on power, versatility and the unquestionable speed of their Prodrive Hunter to keep them competitive and in pursuit of their first Dakar victory.
The eighth stage was also rewarding for Loeb’s teammates at Bahrain Red Extreme Orlando Terranova and co-driver Dani Oliveiras, who set the sixth fastest time in a Prodrive Hunter car to continue their impressive climb to fifth overall.
The misfortune befell former Dakarmartin Rally winner Nani Roma and co-driver Alex Haro when a mechanical problem forced them to stop for repairs, losing an hour in time.