Danger to the state of Maharashtra? – Shiv Sena Minister, 13 MLAs camp in Gujarat 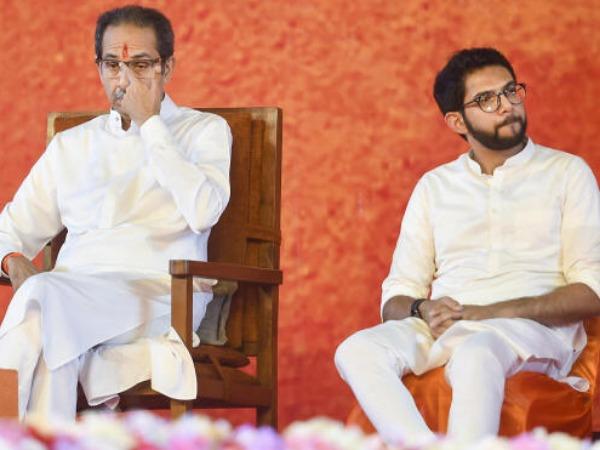 Mumbai: The Shiv Sena minister and 13 MLAs who switched parties and voted for the BJP in the MLC elections in Maharashtra have gone to Surat. Thus the ruling Congress coalition government there is in danger.

In the recent state elections, all the three candidates fielded by the opposition BJP won. This is considered a major setback for the Shiv Sena. The Shiv Sena, the Congress and the Nationalist Congress Party each won one seat.

Union ministers Piyush Goyal, Anil Pandey and Tananjay Madik, who fielded for the BJP, won. Of the two Shiv Sena fielders, only Sanjay Rawat won. The BJP won more seats than it had. Some Shiv Sena MLAs are said to have voted in favor of the BJP.

Following this, elections were held for the state legislature yesterday. Eleven candidates were fielded for a total of 10 seats in the MLC election. The Shiv Sena, the Congress and the Nationalist Congress Party fielded 2 candidates each and the BJP 5 candidates. Voting took place yesterday as 11 candidates stood for 10 seats.

The ballots were counted and the results were announced at 4 pm yesterday. An MLC. A total of 26 MLAs are needed to win. In this election, 11 Shiv Sena MLAs switched parties and voted for the BJP.

The Shiv Sena, the Congress and the Nationalist Congress can each win 2 seats and the BJP 4 seats. But in yesterday’s elections, the BJP won all the 5 seats it contested. The election result is seen as a major setback for the Shiv Sena alliance.

In this situation, the 11 Shiv Sena MLAs who voted for the party in the by-elections were lost. Unable to contact them. Apart from this, they have gone to Surat, Gujarat, led by Shiv Sena state minister Eknath Shinde. They are staying in a hotel there.

Eknath Shinde, a Shiv Sena leader from Thane, has been sidelined in the party. Aditya Thackeray’s son Aditya Thackeray is said to be in conflict with Shinde. It is in this context that the Minister has gone to Surat with his supportive MLAs.