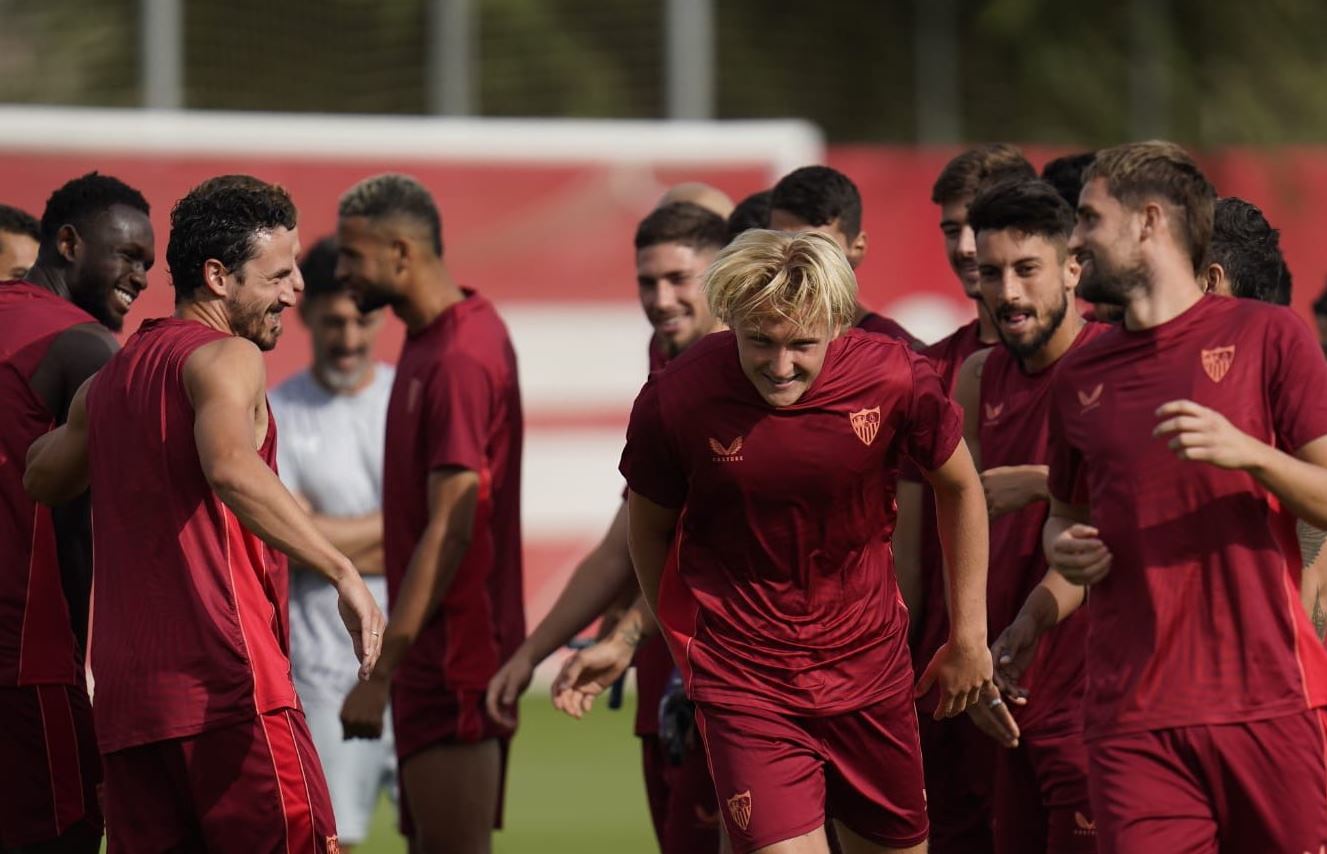 Danish international striker Kasper Dolberg will move to Seville, Spain, on loan for one season from Nice, France, the two clubs announced today. And the Andalusian team said in a statement that the deal included “the option to make the transfer permanent.” French reports indicated that the option to buy the 24-year-old would be for about 20 million euros (20 million dollars).

Dolberg (10 goals in 35 international matches) joined Nice in 2019 from Ajax Amsterdam for 20.5 million euros, and his contract with the French team continues until 2024. In three seasons on the shores of the Riviera, Dolberg scored 24 goals and seven assists in 85 games in All competitions. And contributed last summer to lead Denmark to the semi-finals of the European Cup before losing against England.