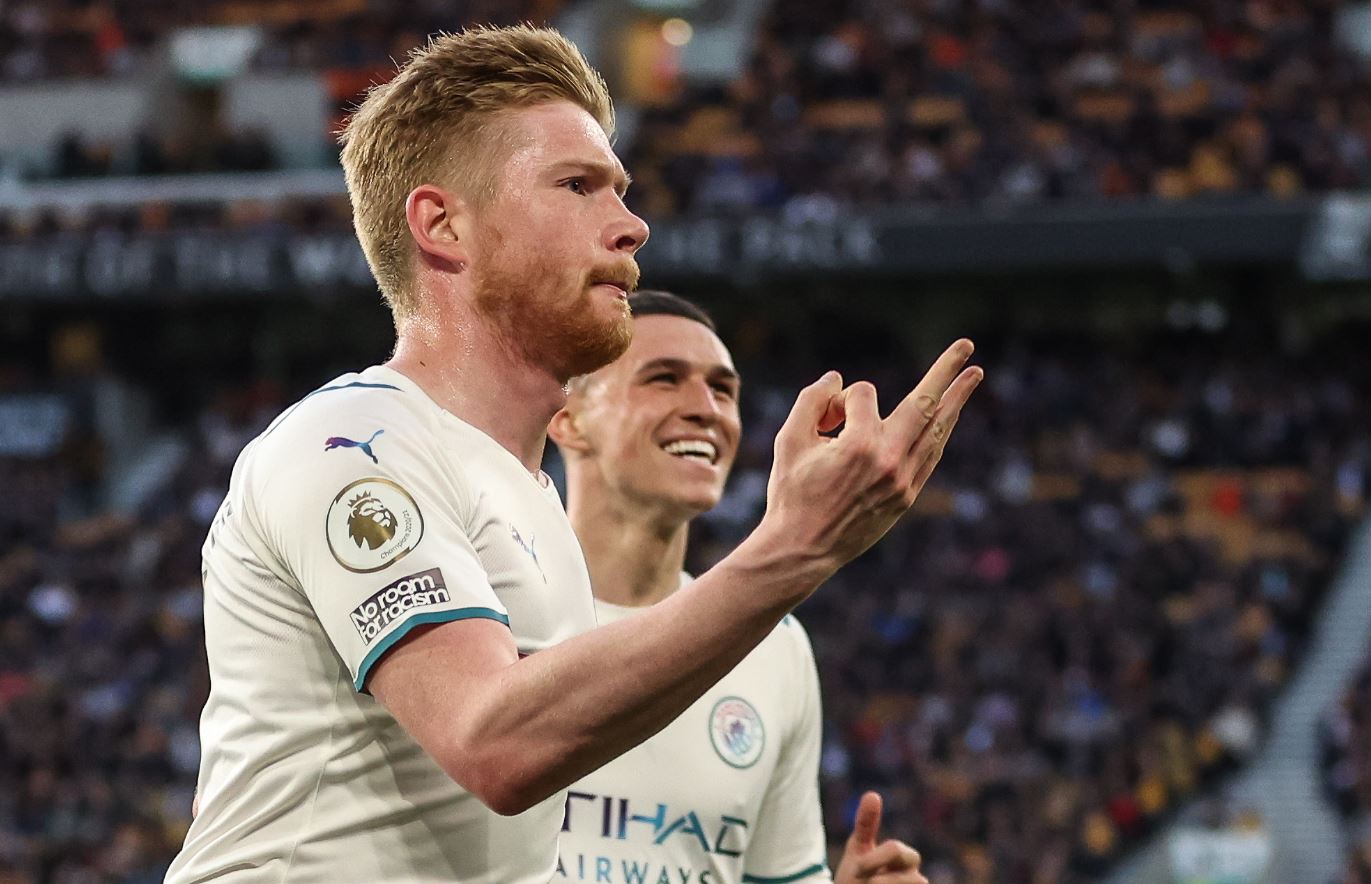 Kevin De Bruyne celebrated the way his new teammate, Norwegian Erling Haaland, scored the third goal to bring Manchester City close to retaining the English Premier League title. As if De Bruyne’s astonishing performance in the 5-1 victory over Wolverhampton Wanderers yesterday, and his recording of a historical number represented by a “Super Hattrick”, was special for him, and this coincided with the club’s contract with Halland, which constitutes a message of terror to all competitors. “I did it because I scored three goals, I’ve never done that before,” De Bruyne said.

But the message was clear, City hopes that Haaland, who will join on the first of July from Borussia Dortmund, will be the solution not only to enhance the team’s position in the domestic league, but also to win the Champions League.

“It’s a good deal for the future,” City manager Pep Guardiola said of Haaland after the win over Wolverhampton. “He came to stay for many years. I’m sure he’ll fit in perfectly. He has an amazing talent at his age. I’m sure we’ll help him adapt in the best possible way.” “.

Halland, 21, has scored 85 goals in 88 games with Dortmund since joining the German team in January 2020, and topped the list of top scorers in the Champions League last season as well as the European Nations League.

Champions League pain
But before the Norwegian striker joined, Guardiola’s team still had to win the league title, with three points and a goal difference ahead of Liverpool, with two rounds left. Under De Bruyne, it will be difficult for City to fall in the last two rounds. Guardiola said, “Unstoppable, amazing, exceptional, perfect. He has the ability to do exceptional things. He is a great player and creates chances, but he must score goals and this season is his best in terms of number of goals since he joined.”

Despite his four goals, De Bruyne spoke of the pain of City’s loss to Real Madrid in the Champions League semi-finals last week. “It’s hard to explain what happened. It was a crazy five minutes. I don’t know what happened… It was a shock. We have to move on, we have to win the (English Premier League) and move on,” he said.