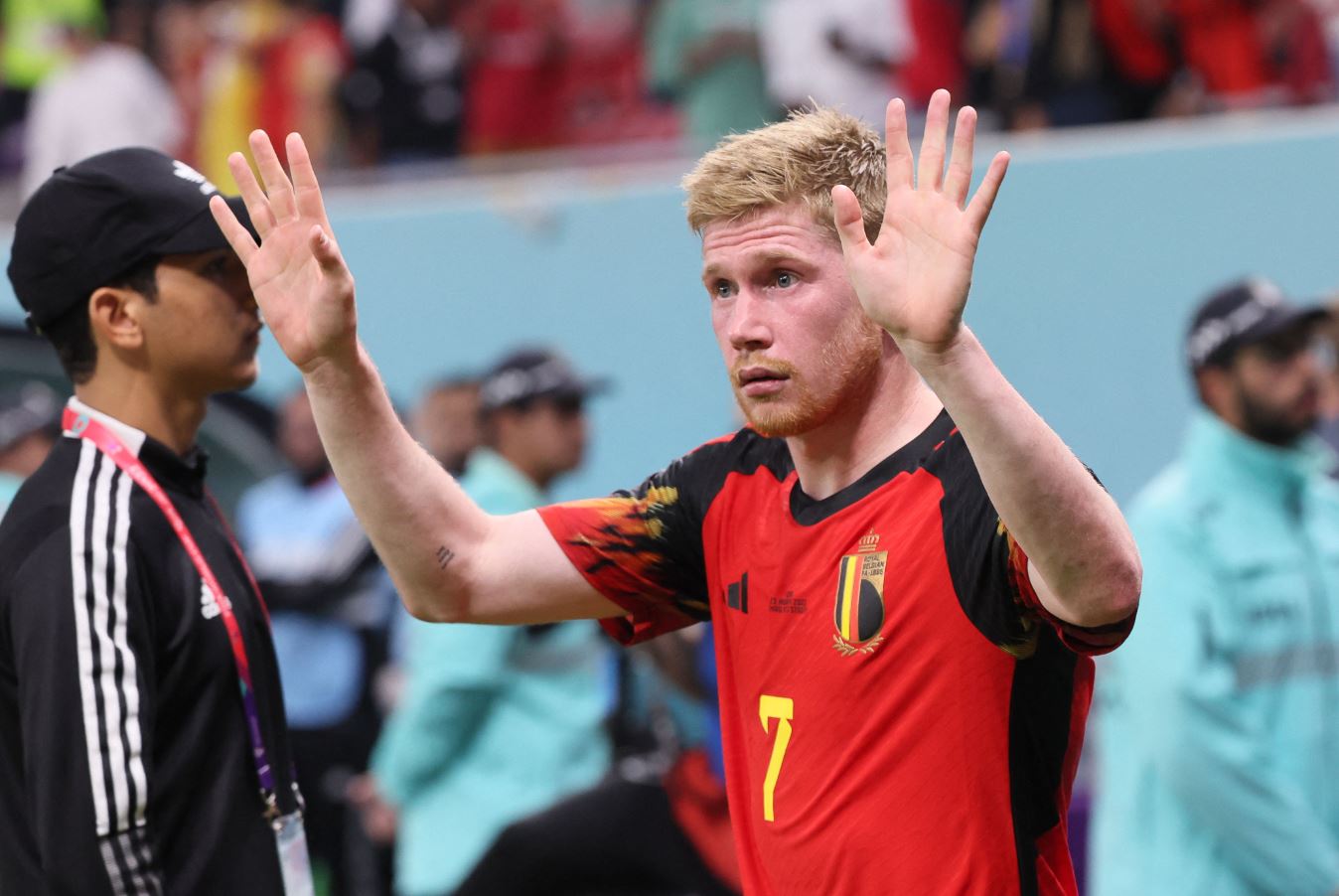 Belgian playmaker Kevin De Bruyne mocked him for winning the best player award in his country’s opening match at the FIFA World Cup, which is currently being held in Qatar. The Belgium national team opened its matches in the World Cup in Qatar, with a 1-0 victory over Canada, yesterday, in the first round competitions in Group Six of the group stage of the World Cup.

The Belgian national team was not the best party in most of the match, which was held at the (Ahmed Bin Ali) World Cup stadium, where its goalkeeper, Thibaut Courtois, succeeded in saving a penalty kick carried out by Alfonso Davies, the star of the Canadian national team, before Michy Batshuayi scored the only goal of the match, to lead Belgium to collect the three points.

De Bruyne expressed his surprise at being awarded the best player award, especially since he did not appear at his usual level in the match. De Bruyne sarcastically said in a press conference after the meeting, “I don’t think I played a great match, and I don’t know why I got the award – maybe because of my name.” “We didn’t play well as a team, especially in the first half. We started really badly, and Canada took the lead,” added the Manchester City player. De Bruyne stressed, “I don’t think we played a good game, and neither did I, but we found a way to win.”

De Bruyne completed only 23 correct passes out of 33 passes he made in the match, to reach his pass accuracy (70%), although he created 4 goalscoring opportunities, three times more than any of his team-mates. In response to a question about his heated discussion with teammate Toby Alderweireld immediately after Belgium scored their only goal in the match, De Bruyne said, “When I saw the way we played, I thought we were looking for long passes a lot, and the spaces between us were really far.”

“You have to catch the pressure, play the short play and cross that line, but I don’t think we were brave enough to do that. At half-time we made it clear, so the atmosphere is fine, there are no hard feelings with Toby.”

For his part, Spain’s Roberto Martinez, coach of the Belgium national team, admitted that his team did not play well, but he praised the three points. Martinez indicated that it was no coincidence that they were able to win a match in which they were far from their usual level, as they made only nine shots, compared to 22 shots for the Canadian team.

When asked in his post-match news conference if this was his team’s worst game in a major, Martinez said, “It depends on what you measure to say ‘worst’.” “Was it the worst from a technical point of view? Yes. Was it the worst match? No, because it was a World Cup victory,” Martinez explained. He continued, “Winning when you don’t play well doesn’t happen by chance. We should have shown a different side to our game, we defended really well.”

Martinez spoke about Canada, saying, “All respect to the level they showed. We knew they were direct and aggressive, but I don’t think that means we don’t deserve to win.” “We gave Canada the game they wanted and made the stadium too big. All of Canada’s players were better, but I think we found a way to deserve the win,” the Belgium coach concluded.