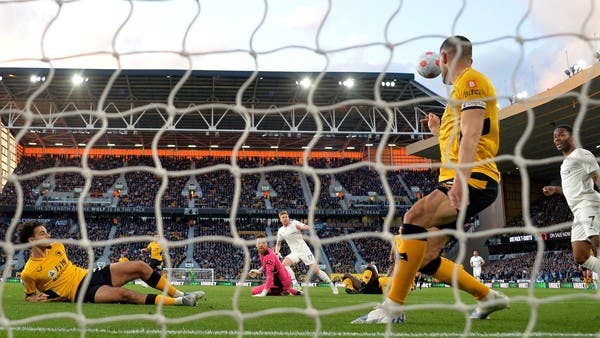 Belgian star Kevin De Bruyne scored four goals that led his Manchester City team to take an important step towards crowning the English Premier League title this season, after his landslide victory 5-1 at Wolverhampton on Wednesday in a postponed match of the 33rd stage of the competition.

De Bruyne played the undisputed championship role, after scoring 4 goals for Manchester City in the 7th, 16th, 24th and 60th minutes, respectively, while Raheem Sterling added the fifth goal in the 84th minute, while Leander Dendoncker scored Wolverhampton’s only goal in the 11th minute.

Manchester City led the Premier League standings, after raising its score to 89 points in the lead, 3 points ahead of its closest followers, Liverpool, before the two teams played their last two meetings in the competition this season, while Wolverhampton’s balance stopped, who scored one point from his last five games in Championship, with 50 points in eighth place.