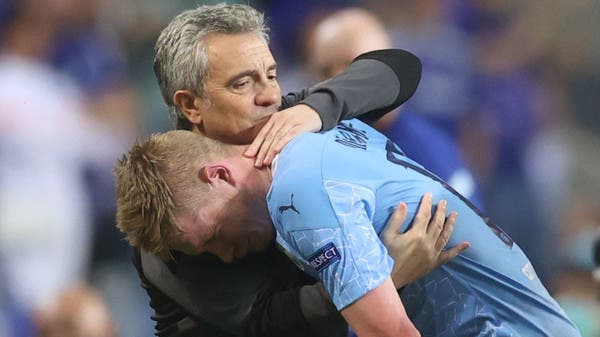 
Belgian media reported that Kevin De Bruyne is not expected to travel with the Belgian national team to Saint Petersburg, Russia, to play the team’s first match in the European Football Championship (Euro 2020) scheduled against the Russian national team on Saturday.

De Bruyne suffered multiple facial fractures during the Champions League final on May 29, which ended with his team’s 1-0 defeat against Chelsea, and he underwent surgery.

The Belgian Football Association did not confirm what was reported that the player had already hinted at the possibility of his absence from the first match of the Belgian national team in Euro 2020, during his meeting with King Philippe of Belgium. “Will I be able to play? Hopefully in the second match against Denmark,” De Bruyne was quoted as saying by the media.

De Bruyne is a key element in the Belgian national team, the world’s top footballer, who is looking forward to crowning a major title after finishing third in the 2018 World Cup in Russia.

Eva Ayllón a few hours after the great premiere of La Voz Perú: “The day has come”

Love and fire: Rodrigo González is captured in Miami with who would be his new partner

Putin flirts with Russians before the elections with billions

Blood relatives cheated on me .. that’s all I have left: Rajendra Prasad