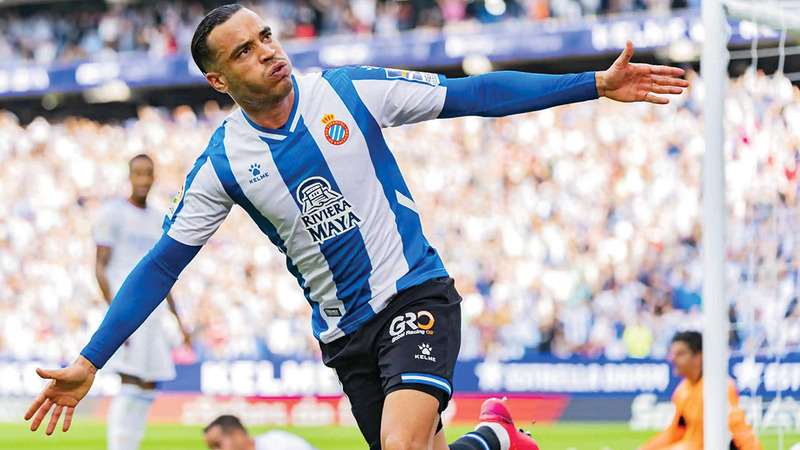 Spanish media confirmed that Sharjah Club made an official offer to join the Spanish international player Raul de Thomas during the current transfer period from Espanyol. Sharjah, after he did not participate in any match with the Spanish club in the “La Liga”.

She added, “Sharjah has recently contracted with the Spaniard Paco Alcacer and the Bosnian Miralem Pjanic, and it may include a third player from the Spanish League with the inclusion of Raul de Tomas.”

She pointed out that the failure of his transfer deal to Rayo Vallecano before the registration door closed in Spain on the first of last September, contributed to the possibility of him agreeing to his transfer offer to the ADNOC Professional League.

And she continued, “De Thomas wants to join the list of Spain’s national team to participate in the 2022 World Cup next November, which makes him reluctant to accept Sharjah’s offer, while his failure to participate mainly with Espanyol may deprive him of the opportunity to participate in the World Cup. Coach Luis Enrique summoned De Thomas to play two matches against The Czech Republic and Portugal last June in the European Nations League.”

It is noteworthy that Raul de Thomas, 27, moved to Benfica from Real Madrid in 2019 for 20 million euros, before returning to the Spanish League in 2020 with his move to Espanyol for 22.5 million euros. On the other hand, the Brazilian newspaper “Fanaticos” reported that the Flamengo club entered into negotiations with the Brazilian player Oscar, after the latter terminated his contract with the Chinese club Shanghai.

She explained that Flamingo is competing with Sharjah for the services of the former Brazilian international, indicating that the “king” may hinder the ambitions of Flamengo, who wants to strengthen his ranks by including Oscar until the end of the season, especially as the team is competing for the Copa Lirtadores title.

Sharjah currently includes in its ranks three foreign players, the Brazilian Caio Lucas, the Spanish Paco Alcacer and the Bosnian Miralem Pjanic, and is seeking to sign new players before the registration door closes on the fourth of next October.