Death of teenager dragged by car in Delhi: 11 policemen suspended 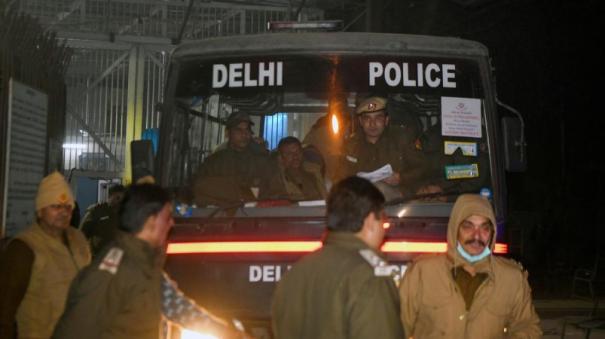 New Delhi: On the early morning of New Year’s Day in Kanjawala area of ​​Delhi, a car rammed into a two-wheeler driven by a young woman and stopped. Then, 12 km with the young woman stuck on the side of the car. They have driven the car far. The woman died in this. The incident caused a shock across the country.

Ankush, the main accused in the incident, was released on bail. Also, 6 arrested persons have been remanded in judicial custody for 14 days.

A committee headed by Special Commissioner Shalini Singh was formed to investigate the matter. The inquiry committee submitted its report to the Delhi Police. Also, the Union Home Ministry yesterday directed the Delhi Police to take action against the policemen who were negligent in their duties.

Subsequently, 11 people who were working in police control room vans in Sultanpuri – Kanjawala areas on New Year’s Day where the incident took place have been dismissed (suspended). These include senior officials. It is to be noted that all of them are Rohini District Police.