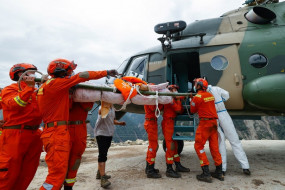 Digital Desk, Beijing. A total of 93 people were killed and 25 missing when a 6.8-magnitude earthquake struck Luding County in China’s Sichuan province on September 5. Local officials gave this information on Monday. According to the rescue headquarters, 55 deaths occurred in Ganji Tibetan Autonomous Prefecture, where Luding is located, while 38 were in the city of Ya’an, Xinhua news agency reported. Nine of the missing were in Luding, and 16 were in Yuan’s Shimian County.