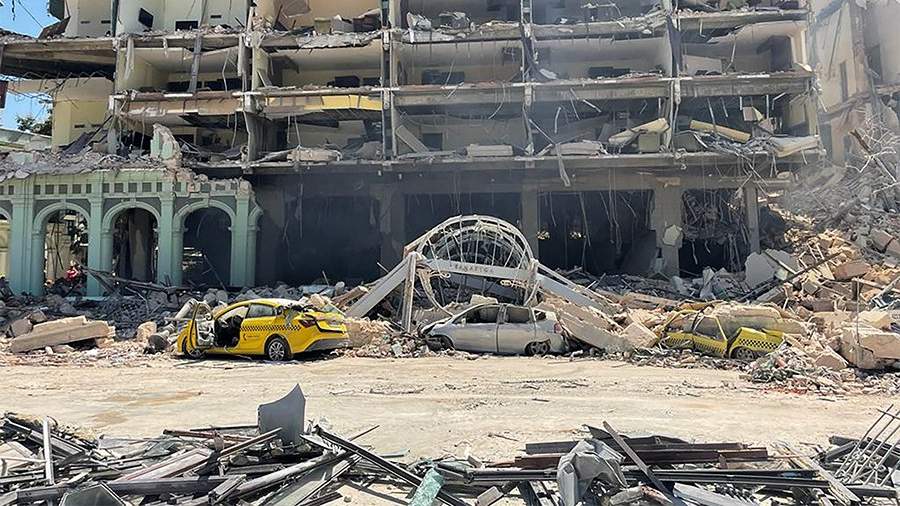 The death toll from the explosion at the Saratoga Hotel, located opposite the Havana Capitol, has risen to eight people. This was announced on Friday, May 6, by the Cuban government on its Twitter page.

“According to the current data, eight people have died, about 30 have been hospitalized. The reception of blood for the wounded has begun, ”the message says.

Earlier it was reported about four dead and 13 missing.

The explosion in the hotel thundered on the morning of May 6. Rescuers are working on the spot, the rubble is being cleared and evacuation is underway. Cuban President Miguel Diaz-Canel Bermudez arrived at the scene of the explosion.

According to the Consul General of Russia in Cuba, Nana Mgeladze, at the moment there is no data on the affected citizens of the Russian Federation, the diplomatic mission is monitoring the development of the situation.

According to preliminary data, the cause of the explosion was a gas leak.

The footage published on social networks shows that the building is badly damaged, several floors have collapsed, and walls have completely collapsed on two floors.

The Saratoga Hotel was built in 1880 for a Spanish merchant. In 1935, he was considered one of the best hotels in the capital of Cuba. In 2005 the hotel was renovated. It had 96 rooms, three bars, two restaurants, a swimming pool and a business center.