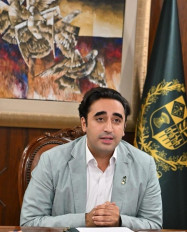 Digital Desk, Islamabad. Pakistan’s Foreign Minister Bilawal Bhutto-Zardari on Friday condemned the Supreme Court’s decision to grant protection to former Bharatiya Janata Party (BJP) spokesperson Nupur Sharma from being arrested in the Prophet Muhammad case. . The Pakistan Foreign Minister said that this decision of not arresting the former BJP spokesperson shows that India has hatred not only towards Pakistan but also towards Islam.

He said that the BJP promotes hatred and terrorism against the Muslims living in India. He said, we have the least influence on the Supreme Court of India, however, we need to raise this issue at international level including Organization of Islamic Cooperation (OIC) and United Nations (UNAA) to raise awareness and we have taken up this issue. Is raised. According to the report of Geo News, Bilawal said that people are now seeing the real face of India through these antics.

The Supreme Court on Wednesday transferred all FIRs registered against suspended BJP spokesperson Nupur Sharma over her controversial remarks on Prophet Muhammad to the Delhi Police. The top court granted him liberty to approach the Delhi High Court to quash the FIR, and also refused to entertain a petition filed by the West Bengal government for a court-monitored SIT probe. A bench of Justice Surya Kant and Justice JB Pardiwala ordered amalgamation of all the FIRs registered against Sharma across the country, which will be probed by the Delhi Police.