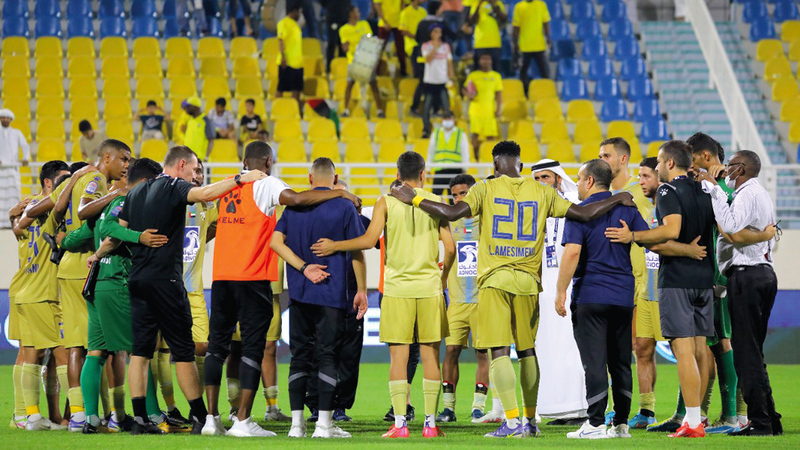 Al Dhafra team presented itself at the start of its career in the ADNOC Professional League in a different way, based on “defensive solidity”, which appeared in the face of its guest Al-Nasr, the day before yesterday, unlike last season, in which Al Dhafra suffered due to the fluctuation of the defense level. The newcomer duo, Brazilian Claudio Rafael and Ghanaian Leonardo Ofor, presented themselves strongly, but at the same time the team’s attacking part did not rise to the degree of sufficient danger, as Khaled Al Darmaki scored a 1-1 draw, taking advantage of a mistake by Brigadier Tozi. The match statistics showed the strength of the Al Dhafra defense line, as it formed a tight cover in front of shots and attempts to penetrate from the depth in particular. In 24 attempts to break the ball, Al Dhafra succeeded in more than half of them, and he also dispersed the ball between the feet of the victory attackers 18 times, and 14 interceptions.

The statistic indicated that the newcomer, Rafael, 29, was the most distinguished among the back-line four, although it was his first official match, as he clashed with the victory strikers six times, and made four aerial confrontations, and dispersed the ball four times, compared to three attempts to break, as was remarkable. That he made 10 passes forward compared to only one back, which illustrates the attacking thought of the Brazilian player. On the other hand, Leonardo doubled the effectiveness of defensive solidity, and his harmony with his colleague Rafael, and his short stature compared to the Brazilian helped him to succeed in covering the ground, and in total he succeeded in covering in five attacks, and scattered the ball three times, while he did not participate in the aerial tackles. In the press conference, Al Dhafra coach, Serbian Vesovic, praised the defensive solidity of his team, and Al Nasr coach, German Thorsten Fink, admitted that his team found clear suffering during the meeting.