Delhi accident: The owner of the car that caused the death of the young woman arrested 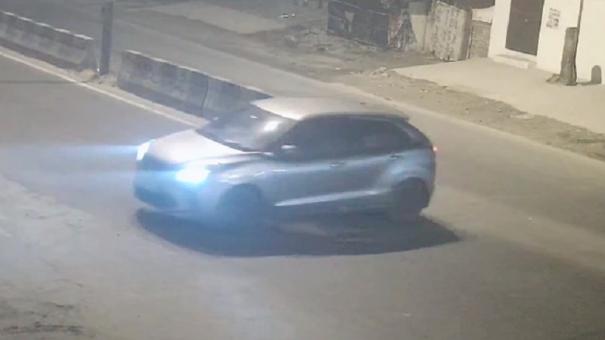 New Delhi: Ashutosh, the owner of the car involved in the death of Anjali Singh, who was dragged by a car in the capital Delhi, has been arrested.

A Baleno car hit the scooty of a young woman named Anjali Singh in the early hours of January 1 in Delhi. A young woman trapped under a car died after being dragged for several kilometers. As this incident has sent shockwaves across the country, the case continues to take twists and turns.

It was found that the young woman who was involved in the accident was not traveling alone but there was another woman behind her. In another twist, the woman said in the interview that Anjali Singh was intoxicated. Apart from that, Anjali’s friend Niti said that the drivers kept driving the car knowing that someone was trapped under it.

In this case, the police have arrested the real owner of the car. The arrest was made after it was revealed that the five people in the car had bought the car from Ashutosh on a nightly basis.

Speaking to reporters earlier on Thursday, Special Police Officer said, “We have arrested five persons in this case namely Deepak Khanna, Amit Khanna, Krishnan, Mithun and Manoj Mittal. Upon investigation, it was revealed that Amit and not Deepak was driving the car. Apart from that two other people are also confirmed to be connected in this case. He had said that they are looking for two more.

Earlier, newly available CCTV evidence showed the driver getting out of the car. Then he tests the car. Then a person who was already waiting gets into the car. Then the car takes off from there. Thus it is confirmed that there were only 4 people in the car when the accident took place and the fifth person joined only after the accident.

Awards in the name of K Viswanath, Film Institute to put: LB Sriram