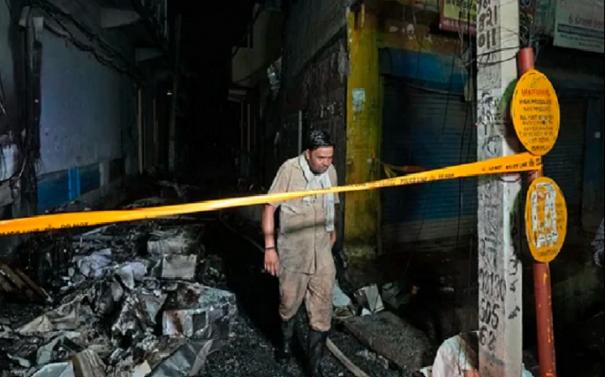 At least 27 people have been killed in a fire at a commercial complex near the Mundak metro station in west Delhi. Police have arrested Harish Goyal and Varun Goyal, both from the CCTV camera office in the building, in connection with the tragic incident. Police are searching for the owner of the building, Manish Lakra, as no fire prevention or security measures have been taken in the building.

Earlier yesterday (Friday) at 4.40 pm this terrible fire broke out. About 24 fire trucks fought and extinguished. So far 27 bodies have been recovered from the three-storey shopping complex.

About 60-70 people have been rescued from the building with injuries and more than 40 of them are critically injured. All of them have been admitted to the hospital for treatment. As a result, doctors fear the death toll could rise further. It is feared that some people may still be trapped in the building.

Initial reports from the fire department said the fire was from the office of the company that manufactures the CCTV camera and router on the first floor of the building. Similarly, a motivational speech program was taking place on the 2nd floor of the building at the time of the accident. More casualties were reported at the site.